Firm wants to connect remote areas to the web 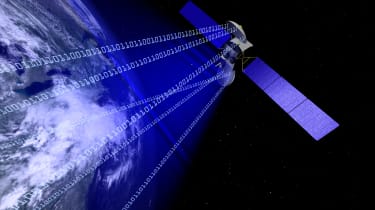 Google is to invest over $1 billion on satellites to help bring internet access to people in remote areas.

The search giant plans to launch 180 small, high-capacity satellites, sources have told the WSJ. These will orbit the earth at lower altitudes than traditional satellites.

There is no time-frame for the deployment and although the cost of launching each satellite is around the $3 million mark, experts have warned the cost of the project could quickly spiral into the tens of billions.

With Google claiming that two-thirds of the world's population does not have access to the internet, the need to connect billions of people to the web is crucial if the firm is to continue expanding.

The satellite venture is set to complement Google's Project Loon intiative, which was debuted in June 2013. Google launched 30 balloons from New Zealand's South Island 20km into the stratosphere, and beamed internet to 50 pilot testers. The balloons were able to create a network by communicating with each other and special antennas on the ground.

During 2014 the goal is to establish a ring of uninterrupted connectivity around the 40th southern parallel so testers can receive continuous service via balloon-powered internet.

Google isn't the only company looking at high-altitude projects to provide internet access to the rest of the world.

Facebook CEO Mark Zuckerberg announced the firm's Connectivity Lab was building drones, satellites and lasers "to deliver the internet to everyone", at the end of March.