The marketers claim advertising revenues are being affected by Adblock Plus 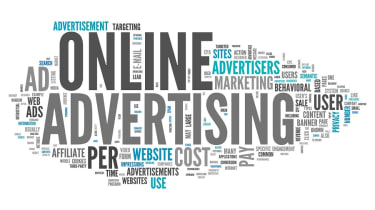 German marketers are suing the creators of AdBlock Plus saying it is negatively affecting advertising revenues.

The popular ad blocking extension blocks any adverts showing on websites, meaning the websites aren't being paid for serving ads and advertisers aren't making money because the ads aren't being seen.

German media outlets RTL Group and ProSiebenSat.1 Media are both taking action on the company via the Munich District Court, along with a number of other companies who have seen a negative impact on their advertising revenues, according to Horizont.

Eyeo, the company behind AdBlock Plus, is said to have penned controversial deals with Google, to allow some of its ads to appear through the ad blocker and its vendors, who have been whitelisted from the extension in exchange for money.

Thomas Port, managing director of P7S1 marketer Seven One Media, said: "We think the business model is unlawful and this can now be clarified in court."

Digital publisher Axel Springer also confirmed last week it too had filed a lawsuit action against the ad blocker, but it would not reveal any more details about the case.

However, AdBlock Plus spokesperson Ben Williams has denied any action is being taken against Eyeo. He told Horizont: "There is no lawsuit against Adblock Plus."

Last week, Eyeo said it will stop Facebook and 6,700 other sites that track user behaviour from doing so after the social network announced it would be serving behaviour-related ads to its users.

"If you do not want Facebook peering into your browsing habits, just enable the social media tracking blocker in Adblock Plus," the company wrote in a blog post.