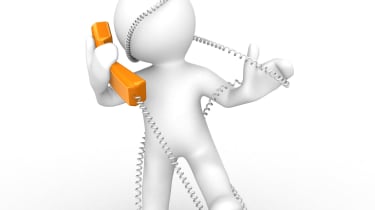 Vodafone is facing an investigation by telecoms regulator Ofcom after a "catastrophic failure" of its systems blocked access to emergency and rescue services numbers over the weekend.

The problems first came to light on Saturday morning, with police forces and NHS services across the UK reporting issues with both the 101 and 111 non-emergency numbers.

Both numbers are offered by the emergency services as a means of seeking advice on health matters, in the case of 111, or to report less urgent matters that wouldn't require a 999 call to be logged.

Vodafone is responsible for operating both numbers, and in a statement to IT Pro put the issue down to a fault in its fixed line call routing system.

"Our engineers... worked hard to resolve the issue as quickly as possible and services have now been restored," the statement continued.

"We will continue to monitor the services closely and will be carrying out a full investigation into the issue. We apologise for any inconvenience caused."

The problem also stopped callers to commercial services, such as the RAC, Barclays Bank and First Great Western, from getting through until service were restored later in the day.

Breakdown firm RAC told customers via social networking site Twitter that Vodafone had suffered a "catastrophic failure to its telephone equipment", which is why their calls weren't getting through.

Vodafone suffered a catastrophic failure to its telephone equipment this am which is affecting many large businesses who use their services.

Meanwhile, Ofcom has confirmed in a report to the BBC that it's been in contact with Vodafone to understand how the downtime occurred, and will be investigating the problems "as a matter of urgency."