How sunspots affect your network

Steve Cassidy shares his recent travel woes and how such issues are closer to an IT problem than you might first think... 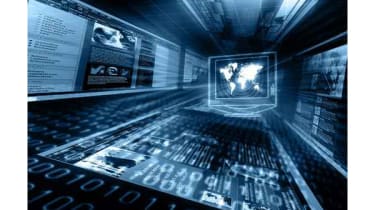 This all started with one of those tedious traveller's nightmare stories, and a posting on Facebook. The traveller's nightmare was mine: A flight that should have taken eight hours from Chicago to London actually took 18 hours, after the pilot decided that turning round just past the Newfoundland coast was necessary.

The Facebook update, a day or so later, was from a friend in Northern Ireland, pointing us to a photographer's page with some stunning pictures of the Aurora Borealis which, while I was getting Economy Class haemorrhoids, were clearly visible from her home town of Portstewart (The Northern Lights that is, not my Chalfonts)

How on earth is Cassidy going to draw this lot together, I hear you say? The answer is, I wouldn't have, were I not re-reading after many years "The Fountains of Paradise" by Arthur C Clarke. This is not an oblique reference to any therapies for time spent too long in an airline seat. It does, however, heavily feature the Aurora, and just how sizeable the event has to be, before the magical ever-shifting curtains of ionic fire move south from their normal habitat way up around the north of Norway.

IT types do have to worry about these things. The Aurora comes south because a whacking great blast of superhot magnetically charged, de-cohered atomic shrapnel (posh name: plasma) is belched out by the sun. When it hits the Earth's magnetic field there arise stupendously enormous quantities of largely electrical energy as electrons are stripped away from previously inert molecules and sent rattling about the place.

My interrupted plane flight probably at the very least lost GPS and voice radio contact, while the people inside at 38,000 feet were given a good dose of fairly soft radiation, somewhere around the level of half a dozen chest x-rays (though you need to read some of the science essays of another SF dinosaur, Isaac Asimov, to get an idea of how the various different types of radiation stack up against one another when it comes to doses).

Time was when these events were much more easily noticed by the public, like the 1859 "Carrington event", which was able to set fire to things in Telegraph stations since each station really did have a direct connection to the wires which were strung up on poles, naked, for mile after country mile all across the civilised world. Techniques to avoid that slight problem evolved quickly (though flares of that scale don't happen very often) but not quickly enough to avoid the Canadian power grid falling victim to a rather smaller flare in the late 20th century. As systems become more complex it is commonly assumed that they become more fragile, though the post-Internet era has if anything seen a reduction in vulnerability which is to say, the flares keep coming but we notice them progressively less and less.

Except for my client in the South of France, who didn't accept the rationale for shielded network cables. To set up his CCTV & access control system in his multi-building country Chateau, he simply draped or buried a lot of off-the-reel network wiring,  a few tens of metres at a time, and kicked a bit of dirt over the bits that poked up in an unsightly way. This lasted until the next summer rainclouds rolled overhead. It wasn't even necessary for a peal of thunder to be heard for the cables and connected switches to start melting into little pools and gobbets of constituent materials.

If he had managed this little DIY special and there had been a solar flare, then the chances are the wires would have set fire to his gazebo, whether they were plugged in to the equipment or simply draped around in a trial configuration.

Which will make network pros snort a bit. How could anybody be so stupid, right? I'll tell you how... Increasingly we are being told that the Internet of Things is coming. That IP and network technology are going to be a core part of this evolution is absolutely undeniable: so is the fact that almost all the people who are expected to implement this stuff have not been participating in all the wonderful hothouse development which the IT business has gone through in the last two to three decades.

I was left cooling my heels (and heating up other parts) in New York because the solar flare hit while I was travelling (against my better judgement) in a plane older than my favourite niece, which had clearly been given only the minimum necessary maintenance over a very long period of time the economy seats still had CRT monitors for the "entertainment". More modern (or more recently refurbished) planes shrugged off the blast of ions and landed on time: Mine turned back.

Modern techniques for hardening a system against flares and other threats are, well, modern: So we have fibre-optic cables replacing copper, partly to guard against loss of service from metals theft, and partly because the fibres are immune to het, cold, wet and passing geomagnetic fieldlines carrying millions of volts. Yet overwhelmingly, the Internet of Things is using ancient approaches, either in hardware or software, because the direction of development is upwards from the "thingmakers" not downwards from the "internetmakers".

My plane flew beautifully. The engines were flawless, the cabin heaters, impressive but the airline didn't think it worth updating something of this age with the latest measures to protect against a one in 20 year or one in 50 year event. Risks from the world of computers, to devices from the world of refrigeration, or of broadcast radio, or of garage doors, represent a similar decision making payoff for the manufacturer as computing technology becomes pervasive. Coping with a network whose parts have caught fire due to a sunspot may seem bizarre and freakish but get ready: Pretty soon you won't be able to turn off your central heating because there has been a war in Syria.