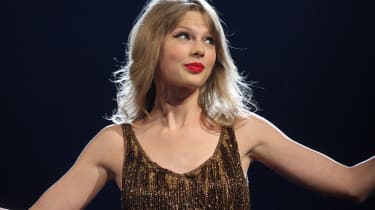 Superstar Taylor Swift has bought two X-rated domains - TaylorSwift.porn and TaylorSwift.adult - ahead of the general release of the new suffixes on June 1.

With the sale of these specifically pornographic domain names, there could be a new rush of cybersquatters eager to make a quick buck from companies wishing to protect their brand identity.

But Microsoft has joined Swift in acting early, purchasing the Office.porn and Office.adult domains before anyone else can - the domains are on sale for as little as 66.

Both are efforts to thwart trolls who might want register those website addresses themselves, so companies and brands can prevent any negative PR associated with such sites.

Although most users are familiar with traditional domain extensions such as .com, .net and .org, ICANN have expanded the list in recent years to include nearly 550.

These can often be used to comedic effect, such as Charlie Brooker's fictional idiot Nathan Barley, who registered his website in the Cook Islands to get the domain name www.trashbat.co.ck.

However, this tactic can often be used for nefarious purposes. Domain squatters' are enterprising individuals who snap up desirable web addresses before anyone else, but with no intention of using them.

They then auction these key domain names for vast amounts of money, such as the $2.6 million sale of pizza.com.

Domain squatters can also ransom off the less positive site names, threatening to tarnish a someone's web persona, a practise which has led to a substantial amount of paranoia.

For example, former New York mayor Mike Bloomberg has acquired over 400 addresses such as mikebloombergisadweeb.nyc, among others.