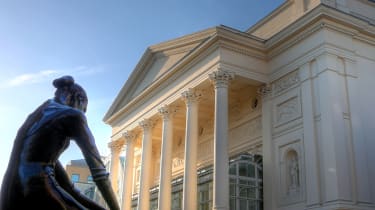 The Royal Opera House has revamped its technology systems after bringing in Dell to perform its biggest IT upgrade for 16 years.

The London institution recently completed a year-long overhaul of its infrastructure, signing a deal with Dell to upgrade its datacentre, replace its network, introduce tablets and update its security.

Initially, the opera house handed Dell a contract to upgrade its ageing datacentre and its desktop infrastructure.

Under this deal, Dell introduced a virtual desktop infrastructure (VDI) to allow staff to work remotely, securing this with its SonicWall NSA 5600 firewall.

Implementation partner Circle IT worked with the Royal Opera House's IT team to upgrade its network infrastructure to support the new technology, including both the core and wireless networks.

Jason Oliver, head of technology operations at the Royal Opera House, said: "The core network had been in place for 16 years and was a piecemeal environment.

"The equipment that we had just wasn't giving us what we needed and was costing a huge amount to upgrade."

Dell's own network came with a three-year warranty and a 50 per cent discount to upgrade legacy switches. The Wi-Fi solution provided by the tech giant was used by journalists to publish news stories when at the BAFTAS in February.

Following the initial deal, the opera house decided to contract Dell to provide tablets to members of its chief executive's office.

The Dell Venue 11 Pro tablets have now replaced those workers' desktops, using a tablet dock, keyboard and monitor when working behind their desks.

"The flexibility and portability of the devices have been popular with our executives, and the IT team, who can manage the devices with the same freedom as the desktops and laptops," Oliver said.

Richard Rawcliffe, executive director and general manager of Dell UK, said the tech firm worked closely with partners NEC and Circle IT to achieve the transition.

"[We have built] a new IT infrastructure that will support the Royal Opera House now and in the future, as it looks to expand its offerings and build upon the service that it provides to visitors and staff alike," he added.