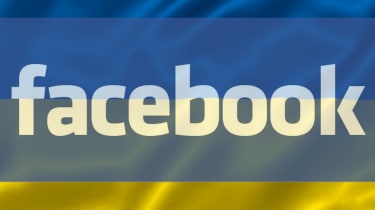 Mark Zuckerberg said Ukranian Facebook accounts and posts were deleted because they went against the social network's guidelines, not because he was bowing to Russian president Vladimir Putin.

Zuckerberg told an audience via live stream that it is known Facebook does not "allow content that is overtly hateful, contains ethnic slurs, or incites violence. There were a few posts that tripped that rule, and I think we did the right thing according to our policies by taking down that content", The Register reports.

He went on to explain that Ukranians fuelled the rumour Facebook was controlled from a Russian Facebook office by Putin supporters. However, Zuckerberg denied there was a Russian office and he said that all Ukranian Facebook content is monitored and reviewed from Dublin.

When asked whether there were plans to launch a Ukranian Facebook, Zuckerberg replied: "Are we willing to put an office in Ukraine? Over time, it's something we might consider. There are advantages to people working for Facebook not spread out around the world, but in a smaller number of offices.

"It makes sense to have local teams for sales, marketing, but for engineering and things like that it makes sense to centralise. But as we look to expand over time, we will, of course, consider all of these countries."

Before the Q&A, Dmytro Shymkiv, deputy head of the Ukrainian presidential administration accused Facebook of being in allegiance with its enemy, Russia. It was reportedly him who started the rumours that Russian moderators were reviewing Ukranian content.

"There is pro-Russian influence and pressure on the Facebook office in Russia," he said. "We have to use all available channels to get reaction from global companies. Ukraine does need a Ukrainian Facebook office!"