Almost half of world's population will be online by December 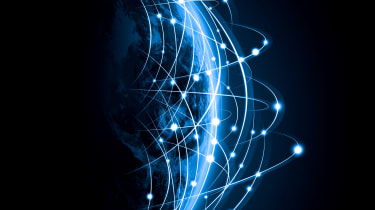 A report by the International Telecommunication Union (ITU) has revealed 3.2 billion people will be online by the end of this year, with two billion of those in the developing world.

However, four billion of the world's population will still be offline, which represents two thirds of the people living in those areas.

The report also looked into the types of internet connections around the world and revealed that by the end of this year, there will be seven billion mobile devices being used to access online services. Although 78 per cent of people in the US and Europe have access to a mobile device, Africa lags way behind with just 17.4 per cent of the continent's population having access to mobile broadband.

3G coverage is now available in 69 per cent of the world, although those in rural areas are lagging behind with only 29 per cent being able to access such services, while fixed line connections are growing at a much slower pace.

By December 2015, the ITU predicts that 80 per cent of people in developing countries will have access to the internet in some form, although those in the least developed countries will be impacted by rising connection costs.

Brahima Sanou, director of the ITU telecommunication development bureau said: "Over the past 15 years the ICT revolution has driven global development in an unprecedented way.

"ICTs will play an even more significant role in the post 2015 development agenda and in achieving future sustainable development goals as the world moves faster and faster towards a digital society."