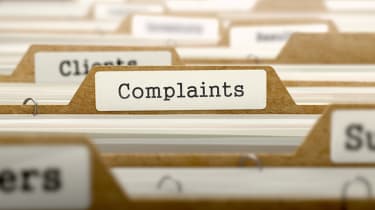 Ofcom has released details of its complaints data for broadband, landline and mobile network services in Q2 2015.

The report has revealed EE's performance was the least impressive, with Ofcom receiving the most complaints about its broadband and landline services.

The company failed to make the landline switching process as easy as it should be, according to the data, while other customers complained there were too many faults and their complaints were not handled effectively, further infuriating them.

In the mobile network stakes, Vodafone topped the table, having the most complaints out of any UK mobile carrier for the third year in a row. Customers were unhappy about the company's billing, prices and charges policies (34 per cent), complaints handling (27 per cent) and concerns about faults, service and provision (17 per cent).

O2, Tesco Mobile and Three UK all received fewer complaints than the industry average, but it wasn't such good news for Virgin Media, which saw its Ofcom complaints increase year-on-year.

"Our complaints data allow consumers to make meaningful comparisons that can be useful when looking for a new provider," Claudio Pollack, Director of Ofcom's Content and Consumer Group, said.

"While it's encouraging to see a continued decrease in the total number of complaints, there is still room for improvement. We expect providers to make customer service and complaints handling top priorities."