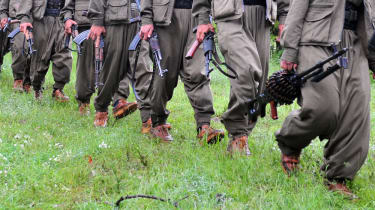 The Berlin-based company said it has so far managed to close down 78 accounts it believes to be related to ISIS members following the news some of the terrorists involved in the Paris bombings used it to communicate with each other.

"We were disturbed to learn that Telegram's public channels were being used by ISIS to spread their propaganda," Telegram said in a statement.

Telegram also said it would introduce a feature allowing people to report "objectionable public content" they viewed as controversial or potentially dangerous.

Members of the terror organisation ISIS had been exploiting a feature in Telegram that allowed members to broadcast messages to other Telegram members using channels.

On Wednesday, the medium was used to send out anti-hacking guidelines out to ISIS members with the message: "The #Anonymous hackers have threatened in new video release that they will carry out a major hack operation on the Islamic state (idiots)."

The group set up its own broadcast channels on the platform eight weeks ago, shortly after Telegram announced it would be launching the new feature. Previously, it was using Twitter to spread propaganda, but switched to the official ISIS channel called Nashir - translating as Distributor in English - to send out messages first.

Before it was shut down on Wednesday, the channel had 16,000 subscribers, as well as other outlets distributing content in languages including English, French, Russian, Turkish and Urdu.

Telegram will now work on closing more channels relating to terrorism, including those operated by Al-Qaeda.