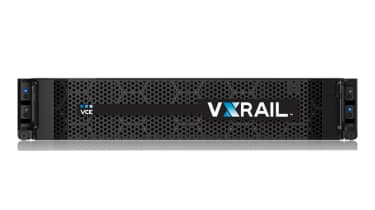 Converged infrastructure provider VCE has announced a new hyper-converged appliance that it claims can bring the capabilities of central datacentres to remote and branch offices where bandwidth or cost may be a barrier to using standard WAN.

VCE has collaborated with its EMC Federation stablemates EMC and VMware to create the product, named VxRail, and it represents the company's first venture into hyper-converged appliances, having previously focused on block systems.

Nigel Moutlon, EMEA CTO of VCE told IT Pro: "The VxRail appliance is the first time we have very tightly integrated a solution with VMware."

"Our chosen partner is VMware because we see them as absolutely the world leader in terms of virtualisation and because of their ability to drive a set of technologies that allow users to very simply but capably set up appliance-type infrastructure," he said.

From a practical point of view, this means VxRail has VMware vCenter server virtualisation, vSphere Hypervisor and Virtual SAN pre-loaded on the appliance.

Moulton explained that VxRail was born out of a new technology stack launched by VMware in 2015, Evo:Rail, which he described as a template that a number of other vendors, including Dell and EMC, have used to create their own engineered solutions.

EMC's version of this is Vspex Blue, which Moulton claimed complements VxRail on a wider infrastructure level.

"VxRail is uniquely tied to the VMware stack, whereas with Vspex Blue you could actually make a variety of different choices in the server hardware, the storage hardware and also the software layer. So Vspex Blue lends itself more to a do-it-yourself set-up, whereas VxRail tightened the standards much in the way the blocks and racks do," he said.

This complementary nature is thanks to the fact that VxRail is designed to be deployed in remote or branch offices in locations where bandwidth may cause problems connecting to a company's WAN, or where the cost of connection is prohibitively expensive, whereas Vspex Blue would be deployed in the primary datacentre.

VxRail is able to mimic the behaviour and experience of a direct connection and, because it is an appliance, its small form factor is appropriate for smaller offices as it takes up less space and can scale without becoming overly large.

VxRail will be available from March and will initially launch with a combination of spinning disk and flash storage, with all-flash appliances coming later in the year.