Why 4.5G and beyond are the key to the success of the IoT

Narrow-Band IOT, not broadband, will be what drives the technology forward, claims Huawei executive 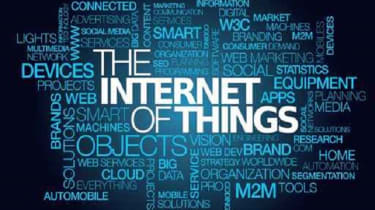 The technology industry must stop looking at broadband and focus instead on narrow-band connectivity in order to fully realise the potential of the IoT, it has been claimed.

Wang said that while the global human population is "only several billion", with the IoT and machine-to-machine communication, the number of connections being made across the world will be significantly greater.

"Currently, we keep talking about broadband. In future, if we want to support such a massive number of connections between things, we need to utilise narrow-band technology," Wang said.

Initially at least, this will be facilitated by 4.5G, Huawei's name for what is more widely known as LTE-Advanced, a cellular network technology that supports up to 1Gbps data transfer speeds that the company has been heavily involved in developing.

These potential speeds will enable continuous communication from devices like smart meters, which constantly relay information to remote servers and other machine-to-machine communication, in which hundreds of messages can be transferred in seconds.

It could even, Wang suggested, improve road safety in connected vehicles.

While there are only currently two mobile devices capable of using 4.5G the LG G5 and Samsung Galaxy S7, which can both achieve data exchange rates of 600Mbps this will not hold back the development and roll-out of the technology.

"No smartphone in your hand can support 1Gbps [but], according to my predictions, a 1Gbps smartphone will launch next year," said Wang

US companies can work with Huawei on 5G standards