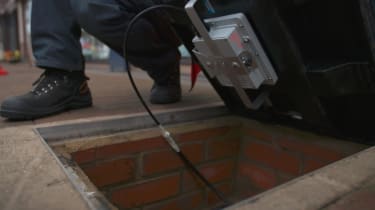 Virgin Media is to spend 3 billion to expand its UK fibre optic network.

The move is expected to connect four million households to the network as well as created 6,000 jobs and 1,000 apprenticeships by 2019.

Dubbed Project Lightning, Virgin Media is to link at least a quarter of the four million homes via Fibre to the Premise. Overall, around 17 million premises should be connected to its UK network by 2019, making it one of the biggest investments in the UK's broadband infrastructure in the last ten years.

The firm has already started the rollout of FTTP in Cambridgeshire and Leicestershire with work expected to start soon in West Yorkshire, Devon and East Sussex. It is using a techniques called narrow trenching. This means that FTTP can be deployed at lower cost and more quickly in areas where demand is high.

Tom Mockridge, CEO of Virgin Media, said: "Our 3bn investment to bring ultrafast connectivity to more parts of the UK is not just about better broadband, it's about future-proofing the country's network infrastructure with the best and most modern technology.

"While some companies talk a good game, Virgin Media is putting its money where its mouth is and laying fibre to the premise alongside our superior HFC network - delivering the fastest widely available broadband speeds.

"In just over one year we've laid enough new cable to stretch all the way from Land's End to John O'Groats, reaching a quarter of a million more homes and businesses - and there's much more to come."