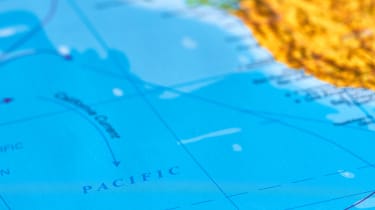 A 5,600-mile undersea internet cable stretching from the US to Japan is now live, transmitting 60TB of data every second.

Google's senior VP of technical infrastructure, Urs Hlzle, said in a blog post that the Faster cable has more capacity than any other subsea system, adding that it is 10 million times faster than a regular internet modem.

He said: "Faster is one of just a few hundred submarine cables connecting various parts of the world, which collectively form an important backbone that helps run the internet.

"This cable is the first of its kind, with multiple colors (100) of light transmitted over various frequencies. Every ~60km a repeater re-energizes the light as it travels over 9,000km across the ocean floor."

Google, one of six companies behind the project, believes the cable will benefit its customers in Japan, with the tech giant set to open a new Google Cloud Platform datacentre in Tokyo later this year.

The news comes after Facebook and Microsoft announced plans last month to build a 160TB per second data cable across the Atlantic, connecting the US and Europe.

Telefnica will manage the cable, and connect it to hubs across EMEA and Asia, selling on any unused capacity to other vendors.

The cable's construction will begin in August, with a completion date scheduled for October 2017.