Three presses ahead with ad-block plans, despite EU guidance 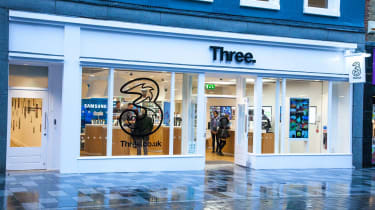 Three will push ahead with plans to introduce ad-blocking on its network, despite EU opposition.

The mobile operator plans to roll out ad-blocking in 2017, claiming mobile ads are intrusive and appear in front of users without their agreement.

However, the EU's Body of European Regulators for Electronic Communications (Berec) has now released guidance saying that network providers cannot meddle with any internet services or apps their customers use.

The guidance reads: "Providers of internet access services  shall not block, slow down, alter, restrict, interfere with, degrade or discriminate between specific content, applications or services."

The guidance is for national regulators though, rather than being directly applicable to network providers, and it's telecoms regulator Ofcom's job to interpret Berec's guidance and choose how it enforces the guidance in the UK.

An Ofcom spokesman told IT Pro: "Ofcom will monitor compliance with the new rules, and look into any complaints received. We will consider any potential breaches as they arise in accordance with our interpretation of the Regulation, and drawing upon the Berec Guidelines to inform our approach."

As its statement suggests, Ofcom will wait and see whether network providers' plans represent a breach of the Berec guidance.

As a result, IT Pro understands that Three will press on with ad-blocking plans it first trialled in June, when it stated its intention to "revolutionise the mobile advertising experience" of its users.

If its plans remain unchanged, they would involve making the advertiser pay for data charges related to ads, not the user, ensuring customers' security and privacy, and ensuring that the advertising received by customers is relevant and interesting to them.

When Three announced its plans, CMO for the UK, Tom Malleschitz, said: "This is the next step in our journey to make mobile ads better for our customers.

"The current ad model is broken. It frustrates customers, eats up their data allowance and can jeopardise their privacy. Something needs to change."

Three declined to comment on the story, and it is not known when in 2017 it will enable network-level ad-blocking, although IT Pro understands the service would be opt-in for all users.

The Internet Advertising Bureau (IAB) said in February that ad-blockers could force users to pay for content they currently receive for free.

Ad-blocking services are predicted to cost publishers 19 billion by 2020, according to a study by Juniper Research in May, with the number of ad-block users rising 41 per cent year-on-year in 2015.