We've talked about what a VPN is, but do you actually need one? 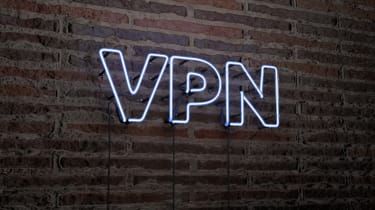 Recap: What is a VPN?

A VPN (virtual private network) is a service used to access the internet via an alternative network to that you're connected to. It's used to remotely access website and internet-based services and is commonly used by businesses to allow employees to access the corporate network from home or when they're away from the office.

VPNs are also used to hide an internet user's identity, making it a very useful way for activists and campaigners to keep their activities private, and helps those who want to access services not available in their native country.

What information does a VPN hide?

A VPN hides or masks your computer's IP address, meaning the website you're requesting access to cannot identify where you're connecting from. Usually, websites, search engines, apps and any device you're connecting to can view your IP address, which helps them know where to send the information you're requesting back to. However, your IP address will give away some details - your internet service provider,  for one, and the general geographic location of your router.

If you're using an unencrypted connection, hackers could also break into your communications, or intercept other information you're sending via the internet, including financial information, emails or corporate secrets you could be transmitting to what you think is a trustworthy source.

How does a VPN protect me?

In order to protect your privacy, VPNs rely on 'tunneling', forming an encrypted connection between  the VPN server and your device. By encrypting the data in-flight it prevents 'man-the-middle attacks', in which criminals intercept and modify the data packets.

The specific types of security protocols and encryption used by VPN providers can vary. IPsec, SSH and OpenVPN remain among the most common protocols, while AES 256-bit encryption and SHA2 authentication are offered by many companies. Buffered's VPN offering even supports Bruce Schneier's Blowfish encryption algorithm, which has yet to be broken by cryptanalysis.

Who should use VPNs?

In an ideal world, everybody should be using VPNs the benefits for security and privacy far outweigh the cost and inconvenience in most situations. However, there are some people who should be using a VPN more than others.

One of the most common uses for VPNs is to circumvent blocks and restrictions on web content by totalitarian regimes. Many Chinese internet users, for example, use VPNs to bypass the Great Firewall, and the technology is also used by citizens of Middle Eastern countries where social media sites like Twitter and YouTube are heavily monitored or outright banned.

Privacy advocates are also strongly in favour of VPNs. The Electronic Frontier Foundation advocates their use in thwarting government web surveillance programs, and many whistleblowers, protest groups and other activists have been known to use VPNs for their own protection.

Another key use-case is in security. Public Wi-Fi hotspots are notoriously insecure, and can allow hackers to access your data with very little effort if you don't take precautions such as using a VPN. Anyone handling sensitive or valuable corporate data would also be wise to use a VPN when accessing the internet, as they can prove useful against a myriad of different attacks.

Should I use a free VPN?

When faced with the monthly fees demanded by most VPN providers, it may be tempting to look for a free version. However, many free' VPNs come with substantial strings attached. For example, some will cover the costs of running their service by selling usage data to third parties.

Free VPNs are also usually severely lacking in features and security pedigree when compared to paid offerings, making them significantly more risky to use. While reputable free VPNs are available from companies such as TunnelBear and CyberGhost, users would be far better off simply ponying up some cash.

You needn't be put off by the prospect of monthly fees, either; if you only want a VPN for the occasional business trip, then AirVPN may be a good choice, as it offers standalone three-day subscriptions for just 1 (0.84). In short, while free VPN services exist, users would be wise to steer clear of them for the most part.

Can I set up my own VPN?

If you really don't want to spend money on a VPN, don't worry. If you're tech-savvy, there are many ways to set up your own VPN server, and many of them can be done using tech you've already got at home!

Many routers include built-in VPN capabilities, which will allow you to set up a home VPN with a minimum of hassle. You can also use third-party router firmware like OpenWRT to add VPN support to routers that don't include it as standard.

Various NAS devices can also act as VPN servers, so if you've got a network storage device gathering dust then this might be a good use for it. You can even install VPN server software on traditional computers, although you'll need to ensure it's left turned on whenever you want to access it.

For this reason, we'd recommend using the Raspberry Pi for your home VPN server - it's small, lightweight and has a very low power consumption, so leaving it permanently running won't send your electricity bills through the roof.

Deciding which VPN is right for you will largely depend on your specific needs. Some VPNs are better at circumventing filters and geo-blocks, while others are geared towards security and encryption. Depending on what use-case they're built for, many may also offer additional features.

If you're still having trouble making your mind up, check out our list of the best VPN providers to help you narrow it down.