Google partners with Facebook to provide 120 terabits per second speeds 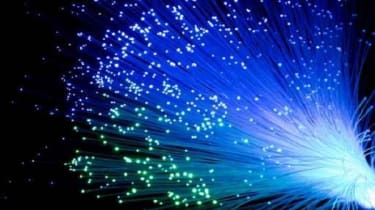 In a partnership announced on Wednesday, which also includes Facebook, Pacific Light Data Communication and TE SubCom, Google revealed plans for a submarine data system that will stretch 12,800km of fiber cable across the Pacific Ocean. The Pacific Light Cable Network (PLCN) will provide an estimated capacity of 120Tbits/sec, the highest capacity provided on the trans-Pacific route.

This smashes the current record held by FASTER, another Google undersea data network that went live in June with a 60Tbit/sec capacity. The PLCN will join FASTER and 5 other cable networks transferring data across the Pacific and parts of South America, with plans to be operational sometime in 2018.

This capacity has the potential to provide businesses with enough data to stream 80 million HD video conference calls simultaneously between the cities.

In the press release, Google said: "PLCN is designed to accommodate evolving infrastructure technology, allowing us to independently choose network equipment and refresh optical technology as it advances."

"PLCN will bring lower latency, more security and greater bandwidth to Google users in the APAC region," the company added.

Yesterday Nokia announced that lab trials had successfully achieved a record breaking 65Tbits/sec data transmission over a single fiber cable. The Finnish multinational said this technology could be deployed over the next few years.