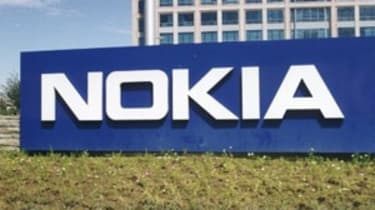 Nokia has today reported a decline in third-quarter revenue and profits for its network gear business, but managed to mitigate some damage thanks to its recent takeover of rival Alcatel-Lucent.

Total third-quarter profits of 556 million, an 18% drop compared to this time last year, but better than the 430 million anticipated by analysts, helped in part by the Alcatel-Lucent acquisition in April, which boosted revenue through a one-off licensing payment.

Overall revenue fell 7% to 5.95 billion year-on-year, while sales for networking equipment dropped 12% to 5.32 billion slightly below market estimates of 5.39 billion.

Despite the drop in sales, Nokia still managed to outperform its biggest rival, Ericsson, which reported a staggering 93% drop in quarterly operating profit for its network business earlier this month. The near disastrous Q3 has caused concern among investors, as the Swedish company struggles to cope with slow demand in the network market and tough competition.

Nokia has so far been able to ease the pressure on its networking business through a number of cost cutting measures, including the loss of thousands of jobs worldwide, as it plans to save almost 1.2 billion by 2018.

"We were able to deliver solid results despite market conditions that are softer than expected, particularly in mobile infrastructure," said Nokia CEO Rajeev Suri, in a statement. "We expect those conditions to stabilise somewhat in 2017, with the primary addressable market in which Nokia competes likely to decline in the low single digits for that year."

Speaking to Reuters, Inderes Equity Research analyst Mikael Rautanen, said: "Nokia was able to achieve surprisingly good margins in the networks business. It's a defensive win for Nokia, after the market was spooked by Ericsson."

"The trend for declining sales is similar for both companies, but Nokia has been better prepared for slowing demand by continuously improving its efficiency," added Rautanen.

Network equipment providers have struggled with slowing growth, as wireless carriers in principle markets such as the US have curbed spending on current infrastructure, as they await a fresh cycle of upgrades in 2020.