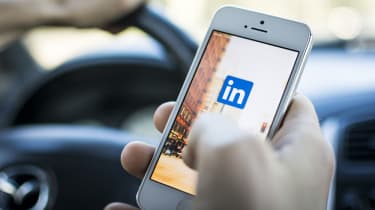 Russia's communications regulator Roskomnadzor has blocked LinkedIn in the country, after the social networking platform was accused of breaking a law protecting Russian residents' personal data.

LinkedIn confirmed that more than six million users registered in Russia no longer have access to the social media platform in a statement to Tech Crunch.

"LinkedIn's vision is to create economic opportunity for the entire global workforce," the company said. "We are starting to hear from members in Russia that they can no longer access LinkedIn."

Th"Roskomnadzor's action to block LinkedIn denies access to the millions of members we have in Russia and the companies that use LinkedIn to grow their businesses. We remain interested in a meeting with Roskomnadzor to discuss their data localisation request," it added.

A Russian Court ruled against the social media site for the second time last Thursday, after LinkedIn appealed an August verdict of the Tagansky District Court in Moscow, which ruled LinkedIn broke a law that requires websites to store Russian citizens' personal user data on servers located within the country.

LinkedIn tried to meet with the Russian regulator on 11 November, but it now appears that the meeting never happened.

Vadim Ampelonskiy, a spokesperson for Roskomnadzor, told The Washington Post that access to LinkedIn would be blocked within days, as "LinkedIn failed to provide documents on moving personal databases to Russia". Today, the block has officially been implemented.

Ampelonskiy added that other companies had made the changes necessary to comply with the Russian law in question, including Google, Uber, eBay and Booking.com.

A similar situation occurred when LinkedIn was launched in China, as it took some time to build an entirely separate site that hosted Chinese residents' data in the country, hence meeting very similar requirements.

Russia could soon block LinkedIn, after a Russian court ruled against the social media site on Thursday.

Moscow's Tagansky District Court decided that LinkedIn's site should be blocked back in August, and yesterday the court opted to uphold the ruling against LinkedIn on appeal.

This is the first time this law has been enforced since it was first introduced in 2014. Some critics see this as a way for the Russian government to tighten control on the web, trying to limit the use of social media platforms.

A LinkedIn spokesperson told Reuters: "LinkedIn's vision is to create economic opportunity for the entire global workforce. The Russian court's decision has the potential to deny access to LinkedIn for the millions of members we have in Russia and the companies that use LinkedIn to grow their business."

Vadim Ampelonskiy, a spokesman for Roskomnadzor, told The Washington Post: "The access will be shut within days. LinkedIn failed to provide documents on moving personal databases to Russia."

He also added that other companies such as Google, Uber, eBay and Booking.com have, on the contrary, started making changes to ensure they comply with the Russian law in question.

LinkedIn has more than six million registered users in Russia, who might no longer be allowed access to the site.