Performance is merely average, but IgniteNet’s cloud-management portal is a very attractive deal 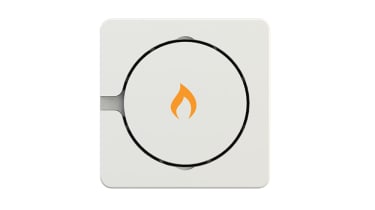 A relative newcomer to the UK, IgniteNet offers cloud-based managed wireless services at an exceptionally low price. Its online portal costs a mere 69 per year, for unlimited sites, each of which may contain up to 500 access points. These can be any mixture of IgniteNet's indoor and outdoor models. Here, we're looking at the company's latest SunSpot AC1200 unit, which delivers concurrent 2.4GHz 802.11n and 5GHz 802.11ac operations, and plenty more features besides.

Unusually, the SunSpot has three network ports. The first is a Gigabit WAN port supporting PoE, with two additional 10/100 LAN ports. These allow wired devices to be attached directly to the AP, which will provision network and internet access for them.

Details such as sites and wireless settings should be determined before you start registering APs with the cloud service, as these will be pushed to each device as it joins. The portal's express setup process makes light work of creating wireless networks: we chose the "Bridge to Internet" option for each SSID, as we wanted our clients to get their IP addresses from our own DHCP server. Alternatively, you can have the AP itself dish out addresses by selecting the "Route to Internet" option.

We then created guest networks for each radio, and isolated them from the main LAN by assigning them to the built-in guest network, which has its own DHCP server. Furthermore, you can create wireless hotspots, but these need access to an external RADIUS server.

Once happy with our site settings, we added the SunSpot AP by entering its serial number and MAC address in the portal. Less than five minutes later, the AP was registered with the portal, had applied our chosen settings, and was broadcasting our predefined wireless networks.

The only wrinkle we hit was that using Microsoft Edge to access the cloud portal led to problems, as site modifications failed to register. We had no such problems with Google Chrome: here we could view the site dashboard, see all assigned APs, check on connected clients, and watch who was generating the most traffic. Client data is very detailed: we were able to view pie charts of the action and drill down to individual users for line graphs of signal strength and traffic, plus a full connection history.

Selecting an AP from the Devices menu brings up a wealth of detail. Alongside memory and CPU usage, you can track network port activity, plus traffic sent and received by each radio and all three of the SunSpot's network ports.

The SunSpot's Achilles heel is performance. From our Netgear AC1200-equipped Windows 10 desktop, over a close-range 5GHz 802.11ac connection, our file copies completed at a lowly average of 36MB/sec. Sadly, that's the best you can expect from this AP: as we could see from the portal's device view, the unit's CPU was maxed out at 100% while copying.

On the plus side, the SunSpot's range is as good as any other AP's. We got 40m down our office corridor, placing five other offices between us and the AP, before the SweetSpots app on our iPad registered zero throughput.

At only 105, the SunSpot AC1200 is temptingly priced, and IgniteNet's classy Cloud portal service is exceptional value. If you can cope with second-class wireless performance, you won't find a better or cheaper cloud-managed wireless solution than this.

At only £105, the SunSpot AC1200 is temptingly priced, and IgniteNet’s classy Cloud portal service is exceptional value. If you can cope with second-class wireless performance, you won’t find a better – or cheaper – cloud-managed wireless solution than this.