A journey into IoT, 5G and cloud is a familiar road, but at least there's some recognition of that fact 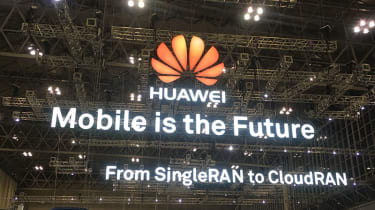 It's been an intense week in Tokyo at the seventh annual Huawei Global Mobile Broadband Forum.

Over the course of the two-day conference, we've heard in detail about the Chinese tech giant's ambitions for IoT, 5G and cloud, as you would expect. But we also got to hear from the likes of BT/EE, Orange, LG, Toshiba, Softbank and joint event sponsor GSMA about their visions for these things.

Before the event, I wrote of my cynicism regarding 5G and the hype around it the question now, in some ways, is whether that cynicism has been laid to rest after what I've seen here.

The honest answer is no grand pronouncements are still being made without any substance and, although Phillip Hammond announced some money for 5G development in the Autumn statement, many here questioned whether it was new money or a re-announcement of what had already been declared.

What was refreshing, however, was to hear not just Huawei but the operators as well acknowledging the fact that this hype exists. The fact that the company always talks about the road and the journey to 5G is telling while what it's doing with infrastructure innovations like megaMIMO LTE base stations and sub-1ms proofs of concept are interesting, perhaps more important in reality is what it's doing in terms of preparing the way for the next generation of connectivity.

The 4.5G principal, as laid out by Huawei, has been around for a while, but at this year's GMMB Forum, we got an opportunity to better understand what it really means as a strategy as well as a technology. The optimisation of networks on an industry-by-industry and vertical-by-vertical basis ahead of 5G roll-out in 2020 (probably) is, for want of a better word, very sensible. The division of the future of connectivity into "people" and "things" was also an interesting and rational take in the end, it's true that while both a person and a water meter may need 5G connectivity to get their best experience, the smart-utility appliance will never need to stream 4k+ video and the individual isn't going to need to send back data about water usage on an almost constant basis.

Is there hype around the next evolution of connectivity? Of course, and no amount of cynicism on my part (or anyone else's) will change that. But excitement isn't always a bad thing it can and does drive innovation, which is what is required for 5G, IoT and all their promises to become a reality.

I would be disappointed if next year this message hasn't moved on, or if there's not at least something to add to it, but that's a story for another day.