With botnets and hacks dominating 2016’s IoT stories, will next year be any different? 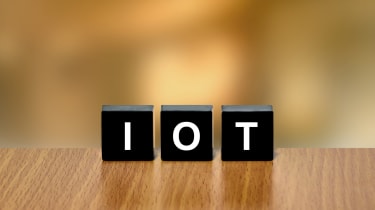 2016 was the year the Internet of Things (IoT) actually started to get serious. Finally, we went from niche industrial applications and feverish dreams of killer fridges to real life, widespread use of IoT technology, with both the good and the bad it brings.

What does this mean for next year, though? Will we see more IoT in our lives? How useful will it be? And what - if anything - does it mean for tech professionals?

To understand what's likely to happen in 2017, we first need to look at what happened in 2016. While many people's thoughts may be occupied by the Mirai botnet (more on that later) when it comes to big trends, security breaches weren't necessarily the most significant evolution in the IoT in the past year.

"The biggest IoT trend in 2016 was a greater understanding that it is not all about building all the intelligence into the device, but aggregating the intelligence into larger, appliance-style devices that can monitor, secure and deal with normalising data coming from cheap and nasty IoT devices," says Clive Longbottom, co-founder and service director of analyst house Quocirca.

Indeed, this has always been the rumbling question under the IoT hype - once you've given everything a sensor and connected it to the internet, what is the best way to make sense of the data coming back and act on it?

This is something that will continue into next year as well, according to Gartner. In its analysis published in early 2016, the analyst house said: "IoT demands new analytic approaches. New analytic tools and algorithms are needed now."

The issue of "smart dumb devices" and, in particular, manufacturers that have had little or nothing to do with technology and connectivity before has long been a concern among the security-minded when it comes to the IoT.

While the idea of fridges that deliberately make your food go off or order gallons of unnecessary milk had been mooted in previous years, it was 2016 when the more reasonable fear of unsecured devices being recruited into botnets was actually made real. The malware known as Mirai, which specialises in infecting IoT devices, was made open source in 2016 - an event that was quickly followed by a massive Mirai botnet-powered DDoS attack that disrupted Twitter, GitHub and Spotify.

Security, therefore, is going to be a hot topic for the Internet of Things in 2017.

"There's been an explosion of Internet of Things (IoT) devices that are used to drive innovation in our personal and professional worlds. But with the rise of connected devices comes an ever-intensifying threat from cybercriminals, as more sensitive information is being held across an array of different systems," Martin Ewings, director of regional sales and specialist markets at Experis UK & Ireland, tells IT Pro.

"In response, 2017 will see a surge in demand for IT security skills. With this security expertise in short supply however, organisations must continually up-skill existing employees to ward against potential threats next year, and ensure that any new IoT implementation is managed safely," he adds.

Keiron Shepherd, senior security specialist at F5 Networks, feels similarly, saying: "IoT devices are on the rise, but the security measures to protect them are not. Vulnerabilities in the wave of smart, connected devices flooding the market makes them easy targets for cyber criminals, who are beginning to utilise more and more dumb' devices, such as CCTV cameras.

"Organisations must be wary of IoT devices, which, although heralded as the future, ultimately provide another vector for cyber criminals to leverage. Businesses need to ensure that they have a DDoS mitigation strategy in place and clear plan, should they be targeted."