Mobile network operator Three has been hit with a 1.9 million fine after an investigation revealed that a call-routing weakness meant it could not always guarantee customers could access the emergency services.

The flaw was first discovered in October 2016, when Ofcom was alerted to a temporary loss of the Three service to customers in Kent, Hampshire and parts of London.

An investigation launched the following month found that emergency calls on the network were being routed through a specific data centre, and therefore vulnerable to a single point of failure.

Ofcom regulations stipulate that mobile operators much ensure that customers are able to contact the emergency services at all times. However, in the event of an outage, Three's network would have been unable to automatically divert emergency calls to back-up routes, as these were also being funnelled through a single data centre. 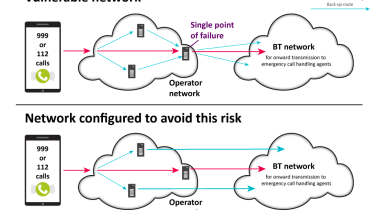 Ofcom's penalty of 1,890,000, due to the weakness in the network - rather than a specific outage - incorporates a 30% reduction as a result of Three's continued co-operation, the regulator said, as well as the improvements it has made to its routing configuration.

"Telephone access to the emergency services is extremely important, because failures can have serious consequences for people's safety and wellbeing," said Gaucho Rasmussen, enforcement and investigations director at Ofcom. "Today's fine serves as a clear warning to the wider telecoms industry. Providers must take all necessary steps to ensure uninterrupted access to emergency services."

Three has since made improvements to its network, which now uses multiple data centres to route calls to the mainline BT network.

"Ofcom recognises that the circumstances surrounding the October 2016 fibre break outage were exceptional and outside of Three's control. As a result, the incident itself was not a breach of Ofcom's rules."

Rival network operator EE was also fined 2.7 million in January after an Ofcom investigation found 40,000 customers had been overcharged, some of whom had not been reimbursed.