Hyperoptic raises £100 million to expand its network in the UK

It hopes to reach five million homes by 2025 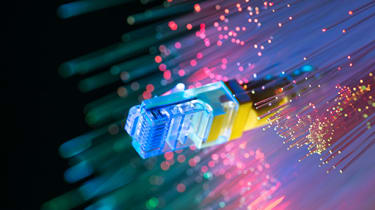 Hyperoptic has secured 100 million to drive its network expansion across the UK.

Currently, Hyperoptic's full-fibre broadband is available across 28 towns and cities in the UK and reaches 350,000 homes and businesses. The company aims to grow its network and reach two million homes by 2022 and five million by 2025.

CEO of Hyperoptic Dana Tobak stated: "This new round of funding enables us to offer even more people a credible broadband alternative that is future-proofed for decades to come."

CEO Dana Tobak: "This funding enables us to offer even more people a credible broadband that is future-proofed" https://t.co/7TiapOIle8 pic.twitter.com/HSxsg4tCuu

This comes after the government launched its own push for fibre internet capabilities earlier this month with a 400 million Digital Infrastructure Investment Fund. The plans will also be backed by private investors to bring the total funding to 800 million. The purpose of the fund is to ensure that the UK's digital infrastructure stays up to date, focusing on a full-fibre rollout.

Exchequer secretary to the treasury Andrew Jones said: "Full-fibre is the gold standard of broadband connectivity  and through companies like Hyperoptic, our commitment to world-class digital infrastructure for everyone in the UK is already becoming a reality."

He added: "We're investing over 1 billion in next generation digital communications, including our recently launched 400 million Digital Infrastructure Investment fund, and a five-year business rates relief on new full-fibre investment  all of which will stimulate the market, and expand full-fibre networks around the country."

Hyperoptic has received investment in the past from the European Investment Bank, who pledged 21 million, and Quantum Strategic Partners, a private investment vehicle managed by the Soros Fund, who invested 50 million.

Hyperoptic's rival Openreach recently launched a consultation to gather industry feedback on full-fibre broadbands in the UK. Openreach has set a target of rolling out fibre lines to 10 million homes by 2025. Currently, full-fibre represents only 2% of connections in the UK.

The company was forced to separate from BT in March following instructions from Ofcom. Openreach hopes its consultation will help companies work out the best way to migrate customers from older broadband lines to the new platform.