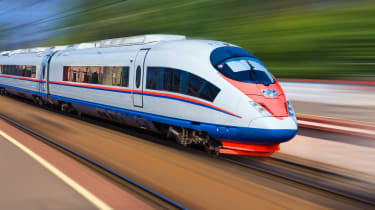 Five companies including Cisco have teamed up to provide the infrastructure and service for superfast internet on trains.

Cisco, ScotRail, CGI, Network Rail Telecoms and Wittos have formed a coalition to create a proof of concept called Project SWIFT, financed by InnovateUK and RSSB.

It will offer passengers speeds of up to 300Mbps on routes between Glasgow and Edinburgh and, if the trials proves successful, it may be rolled out to other train companies in the UK.

ScotRail's service will start later in 2017 and be trialled until March 2018. As well as improving passenger connectivity, it will also enable other services to be rolled out on trains, such as identifying where there may be spaces on a train that appears to be overcrowded, allowing phone calls in mobile network blackspots via VoIP and offering more in-depth safety and security data to train operatives.

The group said it has developed the technology to vastly improve the service currently available on trains. According to research by Global Wireless Solutions (GWS), 33% of internet requests on trains fail (although that applies to mobile data rather than on-train Wi-Fi). It wants to offer a reliable service for the 1.4 billion journeys taken by train every year.

Scot Gardner, chief executive of Cisco UK & Ireland, said: "If the UK is to truly benefit from what digital technologies have to offer, then connectivity has to be a given even when travelling at 140mph. If only a fraction of the time that we spend travelling is made more productive, the potential for commuters, the train companies and the UK as a whole is immense."

On a long-term basis, Project SWIFT will also identifying the opportunity for industry. Working with government, industry, research institutions and start-ups to accelerate innovation, it seeks to help operators provide better and more reliable services.

"We are delighted to be a part of this project," Rob Shorthouse, ScotRail Alliance communications director added. "Our customers consistently tell us that one of the things that they expect on their journey is fast, reliable Wi-Fi.

"This pilot scheme, which we are undertaking on behalf of the entire rail industry, will allow us to fully understand how we take our current on-train WiFi to the next level. We are really excited to be involved."