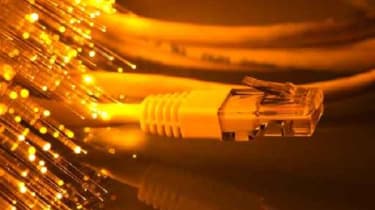 Which? has revealed TalkTalk as the worst broadband provider in the UK, with almost a quarter of customers saying their broadband speed is poor or very poor.

Sky also ranked badly in the company's customer satisfaction survey, with its position dropping by three places over the last six months, from eighth place to eleventh place. BT came in at third from bottom with a score of 46%, just one percent better than Sky.

At the top of the table, the smaller companies ranked much better. Zen came in at the top of the charts with a rating of 85%, followed by Utility Warehouse with a 76% rating and SSE in third.

Making Zen an even more favourable option is the ability to drop the 16.99 a month line rental by opting for a broadband-only package. Because of its flexibility and competitive cost, 92% of the provider's customers said they would recommend the ISP to friends and family.

Utility Warehouse also offers more flexibility in its packages compared to the bigger players, dropping standard 12 and 18 month packages and instead a rolling monthly option costing just 26.49 a month including line rental. Existing customers of the broadband service described it as "excellent" and "good value for money."

Continuing the trend of utility companies entering the broadband market, SSE came in at third place for customer satisfaction with 68% of customers being happy with the service the company's packages offer.

"Far too many people are still getting a poor deal from their broadband provider," Alex Neill, Which? managing director, said. "Big players need to improve their service across the board or expect their customers to take their business elsewhere."

Which?'s biannual report asked 1,700 customers about their experiences with their broadband providers.

The Committees of Advertising Practice (CAP) recently launched consultations on broadband advertising, as ISPs are currently able to advertise maximum speeds as long as they are achieveable by at least 10% of customers.