Facebook has "an enormous responsibility" for Russian interference in US election

Facebook will release the information it gave Congress when the investigation is over, says Sheryl Sandberg 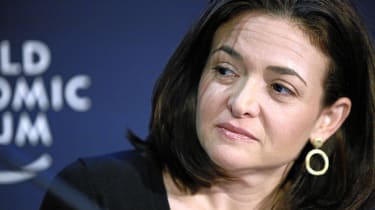 Facebook has admitted it shouldn't have allowed fake Russian accounts to fund ads supporting Trump in the US election and will do everything in its power to help authorities get to the bottom of the alleged election interference campaign.

In an interview with Axios, the social network's COO Sheryl Sandberg said Facebook has "an enormous responsibility here," and thinks it's vital the government finds out what really happened and explains it to the American public.

It revealed more than 3,000 ads were served and viewed by around 10 million people, which the US government says may well have skewed the election results. Facebook has handed over the information it holds, including the ads, the pages they link to and who they were targeted at, to the Congress and Intelligence committees investigating the alleged election interference. The accounts created to fund the ads and the ads themselves have now been removed, however.

Sandberg added that when official the investigation is complete, Facebook would release the information to the public and explain further about how it happened.

"We know we have a responsibility to prevent everything we can from this happening on our platforms ... and so we told Congress and the Intelligence committees that when they are ready to release the ads, we are ready to help them," she said.

Sandberg and others from Facebook were asked to appear before congressional panels earlier this week to provide the information. The company has now vowed to implement better monitoring tools that will stop such activity happening again. Working with US authorities, it has promised to find other malicious actors on the social network and would remove or limit their access.

"We do not want this kind of foreign interference in Facebook," she added. "No-one wants that kind of interference."