The new coalition, backed by numerous companies, hopes to dismantle the businesses behind pirate streaming boxes 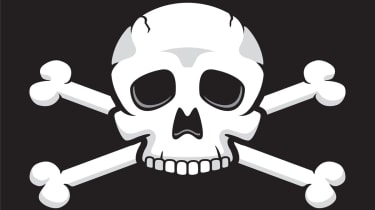 Major entertainment companies such as Disney, HBO, NBCUniversal, Fox, and BBC Worldwide have come together to form the Coalition Against Piracy (CAP) in an effort to eliminate pirate streaming boxes and deter their creators.

The coalition hopes to accomplish this by coordinating with and aiding in local enforcement efforts against piracy and copyright infringement in Asia.

The goal is to disrupt and eliminate the businesses behind the making and selling of these devices, which usually use Kodi paired with illicit streaming devices in order to stream content. The coalition will focus primarily on pirate streaming boxes and apps.

Neil Gane, CAP's general manager, who has previous experience with anti piracy initiatives as the Chief of the Australian Federation Against Copyright Theft, views the pirate streaming boxes as a serious threat to the entertainment industry.

"The prevalence of ISDs across Asia is staggering. The criminals who operate the ISD networks and the pirate websites are profiting from the hard work of talented creators, seriously damaging the legitimate content ecosystem as well as exposing consumers to dangerous malware", said Gane, as reported by Indian Television.

"This is a highly organised transnational crime with criminal syndicates profiting enormously at the expense of consumers as well as content creators," Gane added.

As reported by Torrentfreak, CAP recognises that although the creative industry in Asia is growing through the creation of legal content, it is threatened by these pirate boxes and apps.

While the coalition is focusing its efforts primarily in Asia, with the majority of the companies involved coming from the US and UK, the battle against pirate streaming boxes could very well make its way into the UK, US, and other European countries in the future.

CAP will officially launch at the CASBAA anti-piracy convention in November.