Vodafone and CityFibre to bring ultra-fast broadband to millions 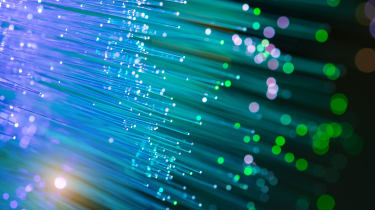 Vodafone has entered into a strategic partnership with CityFibre to build a gigabit-capable fibre network, with the goal of providing up to five million homes and businesses with ultra-fast fibre-to-the-premises (FTTP) broadband by 2025.

Under terms of the agreement announced on Thursday, CityFibre will build, operate and own a brand new network that delivers fibre speeds of 1,000Mbps to the door rather than the existing practice of routing connections through copper cables from a roadside cabinet.

Vodafone has been granted a period of exclusivity on a city-by-city basis during its construction phase, where it will be the only company able to market the new service to its customers. That's in return for a commitment by Vodafone to serve up to one million homes and businesses over the first 10 years, a deal said to be worth over 500 million.

Construction on the first phase of the rollout, which will see one million users connected, is due to start in the first half of 2018, and is expected to be complete by 2021. Under the agreement, the two parties are able to extend the deal to five million homes by 2025, although there hasn't been a firm commitment on this.

"This agreement will unlock the UK's full fibre future and is a major step forward in delivering our vision for a Gigabit Britain," said CityFibre chief executive Greg Mesch. "With this commitment from Vodafone, we have a partner with whom we can transform the digital capabilities of millions of homes and businesses and establish an unassailable wholesale infrastructure position across 20% of the UK broadband market."

Access to the network will be opened up to other network providers once the exclusivity period ends, which is likely to happen soon after construction finishes in 2021. However, the deal permits Vodafone to start advertising for FTTP services as early as mid-2018.

Vodafone UK chief executive Nick Jeffery said: "Vodafone is already playing the leading role in building the Gigabit Society across Europe by providing customers with high-speed, high-quality broadband. The UK has fallen far behind the rest of the world, trapped by the limited choice available on legacy networks. We look forward to working with CityFibre to build the Gigabit fibre network that the UK needs and deserves."

The news is certainly a boost for the UK fibre broadband network, which has some of the worst coverage in Europe. As part of its Digital Strategy, the UK government has committed to stimulating investment in the rollout of full fibre broadband, although it has until now been largely reliant on the infrastructure maintained and operated by Openreach.

It has since set aside 400 million for the development of full fibre technology by 2021, 10 million of which was allocated project trials that began in September in six regions across the UK.

Vodafone claims the deal will allow it to access a superior product at a much lower cost, and offer a better service than the regulated terms offered by Openreach.