BT to buy EE: How should CIOs respond? 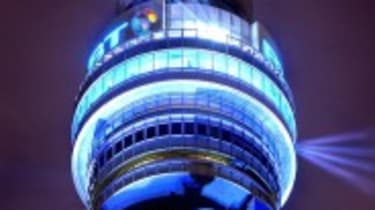 Inside the enterprise: Twelve years ago, when executives at BT decided to spin-off O2, it probably seemed like a good idea to exit the mobile phone business.

The cost of building 3G networks was rising rapidly, and back then BT had other priorities, including building its fixed-line, broadband infrastructure. Mobile "convergence" as we now know it, let alone true mobile data, and the app economy, was still some way off.

Fast forward twelve and a bit years, and BT is back in the mobile game. Rather than buying back O2, now owned by Spain's Telefonica, BT is instead buying EE, the UK's largest mobile operator.

Subject to the usual shareholder and regulatory approvals, BT will pay 12.5bn for EE, the mobile network that is, itself, the result of a merger between Orange and the UK arm of T-Mobile. As part of the deal, Deutsche Telekom T-Mobile's parent will have a 12 per cent share of BT and a seat on its board. Orange will take four per cent of BT shares, as well as cash.

BT hopes it can tie together EE's mobile network which leads rivals O2, Vodafone and Three in the roll-out of 4G with its own fibre infrastructure. Done well, this could certainly provide a powerful package of services for voice and data.

Whether 12.5bn is a good deal or not is a question for BT's shareholders, although in 2005, Telefonica paid 18bn for O2. There is also the question of regulatory approval.

Although BT says it will bring cost savings through synergies between its fixed-line and EE's mobile operations and expects to save 360m a year inevitably, competitors will want to scrutinise the deal and especially, whether EE will receive preferential treatment when it comes to access to the BT fixed-line network.

Other concerns centre on how the deal will affect competition for both broadband and mobile services in the UK. EE is a significant, although smaller, player in the home broadband market, with 745,000 subscribers as of the first quarter of 2014, according to Choice.co.uk (BT, by contrast, had 7.28m subscribers in the same period). BT, for its part, operates BT Mobile, a business-focused MVNO that already runs on the EE network.

Taking these players out of the market will affect consumer choice. But enterprises are more likely to worry about the deal's impact on negotiated, corporate contracts that include both mobile and fixed services. It is here where BT and EE were significant competitors, and where the deal is most likely to affect rivals, especially Vodafone.

"From a network side [this deal has] the potential of bringing the leading backhaul, fixed network and 4G supplier under a single roof," says Nicholas McQuire, vice president of enterprise at CCS Insight.

"Between EE and BT there is proven innovation with cloud services, IP communications, fixed mobile convergence, 4G services and mobile solutions to enterprises, which added together far exceeds the competition." The combination, McQuire says, will be attractive to SMEs and enterprises wanting more from their telecoms.

"But, it will take time for the integrated businesses to materialise in terms of decent offerings. CIOs should certainly pay close attention to developments and question their existing suppliers how they intend to respond to the merger."

CIOs will also want to see competition safeguards put in place. But they should also start to look now at areas where their BT and EE services overlap, and where they currently provide vital redundancy. The EE deal won't be final until at least the end of this year, but it's not too soon to start reviewing telecoms services.