For now, it is only available for adults based in northern California 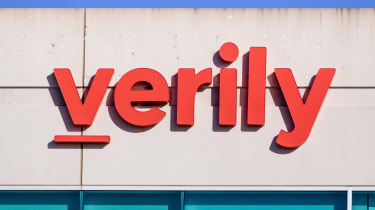 Google’s sister company Verily has launched a website which encourages users to answer questions about their recent health and travel that determines whether they could get a free coronavirus test.

Verily launched on Sunday, but is currently only available for adults based in northern California. Its website states that it cooperates “with the California governor’s office to direct high-risk individuals to newly-launched testing centers in San Mateo and Santa Clara” counties.

The IT Pro Podcast: Can tech survive Coronavirus?

COVID-19 is sweeping the globe, but how much will it affect the tech industry?

Despite its limited reach for now, Verily announced on Friday that it could be  “expanding more broadly over time”, but did not announce a specific date for when the service would be available in the rest of the United States or other countries.

Although some might feel wary about disclosing such personal health information in Verily’s survey, the organisation claims that its users’ responses would be kept in an encrypted Google database, under restricted and monitored access. The data would be available to healthcare authorities, but Verily assured that it would not be joined with your data stored in Google products without your explicit permission.

Even before its launch, the website had already garnered praise from Donald Trump, thanking Google for the development at a White House conference over the weekend.

This comes as a breakthrough in the company’s relations with the President. Last year, some 676 Google employees demanded that the tech giant publicly committed to not entering a cloud deal with the US border control, citing human rights abuse as the reason, while back in 2016, Trump accused Google of conspiracy to rig search results relating to his former opponent, Hillary Clinton.

In a statement over Twitter, Google said that it's “fully aligned" and will continue to work with the US government to contain the spread of COVID-19, inform citizens, and "protect the health of our communities”.

So far, COVID-19 has claimed the lives of 6,000 people and infected more than 162,000, including the CEO of BT, Philip Jansen. Days before going into self-quarantine, Jansen had been in contact with the chief executives of Vodafone UK, Three and O2.