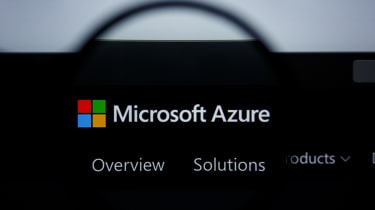 This month marks 10 years since Microsoft made its foray into the enterprise cloud business, and what a decade it’s been.

What started life as “Windows Azure Platform”, Microsoft’s platform as a service venture would ultimately be rebranded to “Microsoft Azure” in 2014. Since then, it’s become a major part of the company’s strategy and a nice little earner to boot: in April 2019, it helped Microsoft hit $1 trillion market cap (albeit briefly) and in July it surpassed its former namesake in terms of revenue.

That growth continues and in the second quarter of Microsoft’s 2020 fiscal year, which ended on 31 December, the company reported its flagship cloud platform had grown a further 62%. It’s also no longer a primarily PaaS brand, but also incorporates infrastructure and software, both of which are offered as a service.

In recounting the history and success of Azure, I’m not trying to muse on the success of cloud computing. Nor am I going to discuss Azure’s relative merits versus its largest rival, Amazon Web Services. Rather, what’s interesting about Azure is that it offers a potted history of Microsoft over the last decade. The ins and outs, ups and downs of the company are reflected in its enterprise cloud division.

Azure was first publicly announced in 2008 and became available two years later. Throughout this time, the mercurial Steve Ballmer was at the helm of Microsoft and it’s a testament to his long service at the company that he sought to bring the company into the cloud era through its flagship Windows brand. Yet this same dedication to Windows shows perhaps how wedded Ballmer was to the “old world” of on-premise computing.

“Windows Azure” is like Steve Buschemi’s character pretending to be a high schooler in 30 Rock.

By clinging to the Windows branding, Azure fell very much into the “ok, boomer” box as cloud was becoming mainstream.

Almost four years to the day from Azure’s initial release, though, all that changed as Ballmer stepped down as CEO of Microsoft and was succeeded by Satya Nadella.

Nadella wasn’t a known name or expected heir to the Microsoft throne. But the Executive Vice President of the Cloud and Enterprise Group stepped up and laid out his stall straight away: Cloud-first, mobile-first. And he wasn’t joking. Since then, while the company has maintained its customer base and Windows is still probably its best-known product, it has leaned into the cloud aspect hard. (Not so much the other bit – RIP Windows Phone).

The success and strength of Nadella’s cloud vision is manifest not just in Azure, but in the company’s Office 365 cloud productivity suite, which in Q4 of Microsoft’s 2017 fiscal year (about mid way through everyone else's 2018 calendar year), surpassed the traditional desktop Office software in terms of revenue.

Microsoft, like many other venerable technology companies, has had to deal with seismic shifts in how business and IT is done. Disruptors like Salesforce, AWS, Dropbox and the rest pulled the rug right out from under legacy IT giants and many have struggled to recover. But Nadella, in moving away from the adversarial approach Microsoft had taken in the past and instead becoming more open working with most of the aforementioned upstarts – as well as more traditional rivals like Apple and IBM – has managed to make the company comfortable in a world that’s far different from when it was founded in 1983.

What the next 10 years hold for Microsoft and its assorted offerings – both cloud and on-prem, consumer and enterprise – I wouldn’t dare to guess. IT moves fast and while the more fanciful ideas of jetpacks and roads filled only with autonomous vehicles is far fetched, AI and AR, green computing and increasingly flexible working seem like strong trends. By putting such an emphasis on cloud and openness, Nadella has made the company more manoeuvrable and adaptable to change. Whatever is in its portfolio, it will still be with us come 2030.