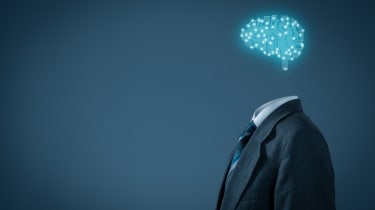 Artificial intelligence and machine learning are in their infancy, and there is a lot of work ahead to perfect them. A few big hurdles to clear include processing time and power consumption. Intel Corp. has been hard at work developing its neuromorphic computing systems and is set to unveil its new Pohoiki Springs system that’ll solve both problems at once.

The Pohoiki Springs system is different from traditional computing systems in that its memory and computing systems are intertwined, while traditional systems separate them. This eliminates the shipping of data back and forth between the two areas, dramatically speeding up its processing time.

For example, Intel’s research team used just one neuromorphic research chip to train an AI system to detect a hazardous odor. This system learned to detect each odor after just a single training sample, while the traditional deep-learning method required 3,000 samples per odor.

How’s this possible? The neuromorphic computing systems learn much like an infant by permanently learning sensory-based objects – those they can see, smell, hear or touch – after only one interaction, according to Mike Davies, director of Intel’s Neuromorphic Computing Lab. What’s more, this system’s ability to learn instantaneously allows it to make predictions more accurately than a traditional deep-learning machine.

The Pohoiki Springs system boasts about 770 neuromorphic chips in a chassis that’s no larger than a standard server. This gives it the computational capacity of about 100 million neurons, which is about the same as a rat mole’s brain.

The byproduct of doing everything quicker and more efficiently is it requires less power to deliver the same results as a deep-learning machine. Power consumption has been a key impediment for large-scale AI development, as researchers at the University of Massachusetts found that developing just one AI model can have the same carbon footprint as five automobiles over their entire lifetime.

This advancement is coming at a \n ideal time, as research firm Gartner Inc. expects neuromorphic chips to be the predominant architecture for all AI deployments by 2025. There’s a good chance Intel will have a big hand in this move.