3D printers set for mainstream use

IDC report says the technology will move from niche to mainstream in four years. 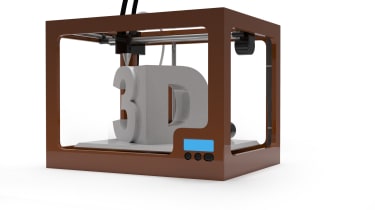 The market for 3D printers will grow tenfold over the next four years, according to predictions from research firm IDC.

The analysts said that the technology will move out of its niche markets and become mainstream as firms begin to recognise and embrace the manufacturing and cost benefits of it.

IDC said that the worldwide 3D printer market will experience tremendous unit and revenue growth from 2012 to 2017, with compound annual growth rates (CAGRs) of 59 per cent and 29 per cent, respectively.

The firm said that 3D printing was an "incredible opportunity" that has gone beyond hobbyists to being regularly used by a number of industries.  In addition to general manufacturing and R&D applications, 3D print is also finding use in aerospace, automotive, education, dental, jewellry, medical, and recreation vertical industries.

The report said that traditional vendors are "increasingly seeing 3D printing as an opportunity". It said that HP is preparing to enter the market in the middle of next year, and Konica Minolta is about to sign a US agreement to distribute a leading manufacturer's 3D printers. It said that a number of other vendors were eyeing up opportunities to get into the 3D market.

As reported by IT Pro, scientists have developed a low-cost open source 3D metal printer that could make metal tools and components far more cheaply than current methods. The printer was developed by a team at the Michigan Technological University with parts costing less than $1,500.