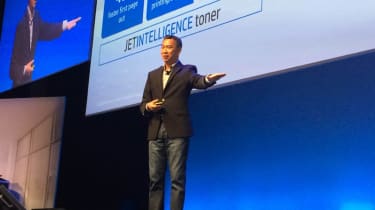 HP today announced new hardware and software designed to battle one of the biggest potential security holes in any IT network, the printer.

"Hackers target the weakest area of the network," said Tuan Tran, vice president and general manager of HP's LaserJet division, at the launch event in Barcelona.

"They don't go through the most obvious vector of attack, the front door [such as well-protected servers and PCs], they go for the back door."

Up until now, Tran claims, the back door has been the likes of the heating and ventilation system or point-of-sale devices, with Target the highest-profile victim of the latter when 40 million customers had sensitive data such as credit card details hacked.

But Tran insists the same applies to printers - particularly those in enterprises, which increasingly tend to be hooked up to corporate networks and accessible via the cloud.

HP's answer is a trio of hardware and software features built into its new M500 series printers, with two of the three features being rolled out to HP's older printers via firmware updates. Printers dating back to 2011 will be covered, with a full list at the end of this article.

The one security feature that won't be available to older machines is HP Sure Start, which depends on a "golden" BIOS that's separate to the printer's active BIOS. If, at the time of booting, the printer detects its BIOS has been compromised it will roll back automatically to the original.

The second new line of defence is whitelisting, which should ensure that only "good" firmware can be loaded and executed on the printer. If it detects non-HP firmware it shuts down and notifies the network manager.

Run-time intrusion detection rounds off the features, with constant monitoring of in-device memory that checks for attacks. Crucially for IT managers in charge of dozens of printers in different places, the printer reboots automatically. 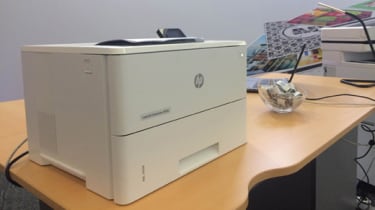 All three printers benefit from the same advantages seen in other HP laser launches this year, with smaller chassis design, faster first-page-to-print speeds and up to 50 per cent more pages per cartridge.

For instance, the M506 produces a first print in 8.5 seconds when in sleep mode, while it's 27 per cent smaller than the printer it replaces (the HP P3015). Despite the smaller chassis, it includes a 550-sheet input tray and full duplex capability.

No pricing is yet available for any of the new printers.

Find out how HP's new LaserJet printers can help your business.