The benefits of open source thinking

We explore the open source revolution that's sweeping through corporate IT 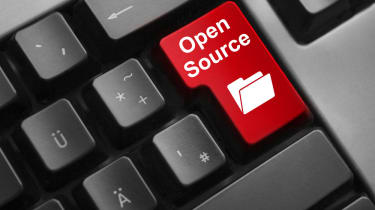 Open source software and code is becoming more and more commonplace. From consumer-level programs like LibreOffice and GIMP all the way up to enterprise-grade server and content management solutions, an increasing number of people in Britain are living and working with open source products on a daily basis.

GitHub is one of the most successful platforms for open source coding, and places London and the UK in its top three most active cities and countries respectively. The company saw a 39 per cent increase in UK users of its enterprise offering between 2013, and 2013, with similar growths in Germany and France.

GitHub recognises this enthusiasm for collaborative coding, and has recently announced plans to support its European customers with dedicated teams in Britain, the Netherlands and other EU countries.

Part of the reason behind this explosion is that Silicon Valley software companies who built their products using open source code are now spreading these ideals to established, non-software based companies.

As Github's vice president of strategy Brian Doll said, "software is very, very strategic to every company in the world", and more and more of them are being swayed towards open-source solutions.

The fact that open source software breeds so many evangelists within the engineer community isn't surprising. The benefits of community engagement that come with open-source development are huge, as Doll points out.

By being published freely online, your code can get millions of eyes independently viewing it. The theory is that by using the infinite monkeys' principle, any potential flaws will eventually be spotted.

When vulnerabilities in open source code are discovered, not only can community-developed patches be rapidly deployed across a wide network, but the patterns that led to that vulnerability can also be used to analyse other systems for weaknesses. "It's great, because someone else did all that work for me", Doll says.

A wise man once said "if you're good at something, never do it for free", and concerns are sometimes raised that an open source culture will simply result in companies exploiting the passionate developer community for free labour.

Open source advocates are quick to point out that this is not the case, however. According to The Open Data Institute's Jeni Tennison, instead of cutting software development costs by letting the community do the work, companies instead use it to showcase their software prowess.

Enticing "fickle" devs to come and work for your company can be a struggle, she says, and "having an open development methodology really helps". By paying full-time engineers to create open-source products, employers can attract talent by showcasing the interesting problems that their dev teams solve.

Some also raise concerns that companies and governments may be wary of open-source projects to some degree, citing security and intellectual property protection issues.

However, James Stewart, director of technical architecture for the Government Digital Service, says that the key to selling skeptics on open source models is by starting small, and demonstrating that the principles work through limited projects.

He also noted that most existing systems were built on open-source code in some way or another, citing common developer tools like Apache web server. "Adoption of other people's open-source hasn't been a problem", he says; in most cases, "you haven't even known about it".

Open source code is not perfect, however, and there are pitfalls to be aware of. Chief among these is an awareness of how well-maintained any potentially implemented libraries are, Stewart says.

One of the principal tasks is to examine whether a library has "a mature process around it", and whether the developer has "a track record of doing good changelogs". An awareness of how up to date libraries are likely to be, both now and in the future, is crucial.

There's also no guarantee that having many eyes on your code will catch problems. Many major vulnerabilities in recent memory were found in open source code after it had been available for years, including the Heartbleed and Shellshock exploits.

Despite some problems, open source coding continues to grow in popularity. Software, Doll says, is "a very important aspect of the future of every company", and as IT becomes more and more central to corporate strategy, we could see open source programs replacing proprietary development altogether.