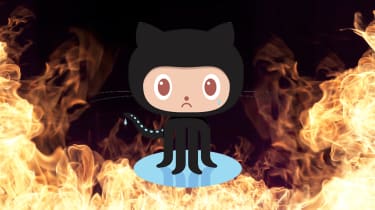 More than 1,000 software developers have signed an open letter to code repository GitHub, accusing it of failing to provide them with adequate support.

In the open letter, developers say that they feel "frustrated" and "completely ignored" by the platform that hosts their software projects, after contacting GitHub over issues they have experienced on the Rackspace-hosted site.

The developers initially praised GitHub's work to promote the open source software community, before expressing displeasure at what they feel is a one-sided relationship.

GitHub has failed to communicate sufficiently with them, the signatories said, calling this "strange" for a service built on the ethos of sharing knowledge and technology.

"We've gone through the only support channel that you have given us either to receive an empty response or even no response at all," the developers wrote. "We have no visibility into what has happened with our requests, or whether GitHub is working on them."

The letter also outlined frequent problems that the developers claim GitHub has not addressed, including issues of crucial missing information like reproduction steps or version tested, issues where comments spam the maintainers and any others subscribed to the issue, and the problem of pull requests that are often created without any adherence to contribution guidelines.

The developers included their own recommendations to solve these issues in their letter.

GitHub currently has some 12.5 million users working across over 30 million repositories.

A GitHub spokeswoman told IT Pro: "Open source is critically important to GitHub and we take this feedback very seriously. We are working on several of the initiatives discussed, and will look for proactive ways to engage with open source maintainers to continue to make GitHub a great experience for their communities."