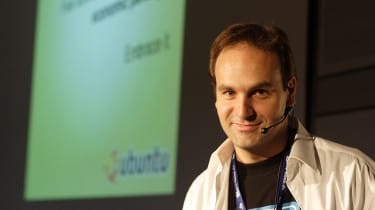 Mark Shuttleworth doesn't intend to make any "significant change" to Canonical's executive direction and strategy now that he has resumed his position as CEO.

The founder of Canonical, behind the open source operating system Ubuntu, retook his former post as head of the company in July, replacing the long-serving Jane Silber, who took over for him in 2010 when he transitioned to a more product-focused role.

"She had a good stint, which was extended several times, and so now it's my turn back at the helm," Shuttleworth told IT Pro in an interview last week. However, he made it clear that he was not planning on making any major changes to the company's business model.

"She and I have worked closely throughout her tenure," he said. "It doesn't really represent a very significant change in executive direction, because she and I were always pretty closely aligned on how we wanted things to work."

Canonical's focus will remain on enterprise-facing business segments like its cloud and IoT divisions, Shuttleworth said, as well as on advanced areas like workloads for machine learning and self-driving cars, but he didn't share any details on forthcoming products. However, he reaffirmed that Canonical's desktop product is not about to be left behind.

"The desktop is important to us, because that's what those developers use," he said. "If you walk down the corridors at Google, or Netflix, or any of the companies that are essentially defining that next generation of Software-as-a-Service or cloud-centric services, you'll see Ubuntu on all sides."

Canonical ditched plans for a mobile rollout of Ubuntu in April, killing off development plans for Unity 8, a phone and convergence shell, in favour of shifting its default desktop back to GNOME for Ubuntu 18.04 LTS, which is due to ship in April 2018. In a discussion sparked by a Google+ post discussing the ditched plans, Shuttleworth hit out at members of the open source community who had previously complained about Mir, a display interface that Canonical developed to enable the Unity 8 project, calling them "muppets".

He also said: "I used to think that it was a privilege to serve people who also loved the idea of service, but now I think many members of the free software community are just deeply anti-social types who love to hate on whatever is mainstream."

Speaking to IT Pro, Shuttleworth said he's pleased to be back behind the wheel of his company, saying: "It's a pleasure. I believe there's a phenomenal team in place."