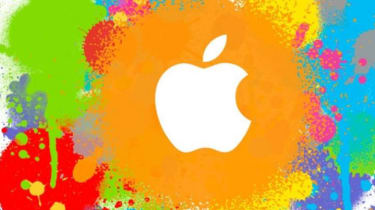 Apple has turned FoundationDB, a NoSQL distributed database, into an open source project, with its code now available on Github.

After purchasing the company in 2015, Apple said FoundationDB would no longer be offering downloads of its software, but the company has now made its core freely available as its aims to transition into a community-driven project.

Members of the FoundationDB community are being encouraged to ask questions on community forums, help to improve the software by reporting bugs, and make contributions to the core software and documentation.

Available on Github, the renowned open source software development platform and library, FoundationDB "can become the foundation of the next generation of distributed databases" according to a post on the company's website.

"By open sourcing FoundationDB, our goal is to build an open community. All major development will be done in the open," it explained. "We've outlined a design document process to ensure that this work is done transparently and with community input.

"We've taken early steps to outline project governance to provide a basic structure that will enable members of the community who actively contribute to have a greater voice in the project decision-making."

Keen on building a cohesive and collaborative development culture, Foundation DB has also adopted a new code of conduct to govern interactions within the community.

Apple's decision to open-source FoundationDB belies its reputation for being a highly secretive company, and follows a series of similar open-sourcing moves.

The tech giant, for instance, open-sourced its programming language Swift in 2015, and made its benchmarking tools for measuring the performance of code written in Swift available on Github the following year.

FoundationDB's appeal, meanwhile, comes in the fact it retains the qualities of traditional databases built around the ACID principles of "atomicity, consistency, isolation, durability" while offering the scalability of NoSQL, whereas normally, NoSQL databases - designed around the idea of distributed systems - would require a trade-off with one of the four principles.

According to its website, FoundationDB is designed from the ground up to be deployed on clusters of commodity hardware, scaling effectively as you add machines, as well as automatically healing from hardware failures, and retaining a simple API.

The aim lies in expanding the key-value store, now open source, with "layers" that add features to model specific types of data and handle access patterns. This architecture, and its use of layers "promotes the best practices for scalable and manageable systems".

The move to open source FoundationDB, which began as a startup in 2009, is expected to please members of the community previously disheartened with Apple's decision to discontinue software downloads, with FoundationDB marking a shift in its approach towards a more community-led development strategy.