What to expect from Red Hat Summit 2018

Twenty-five years on, can the open source champion continue to defy its titanic rivals? 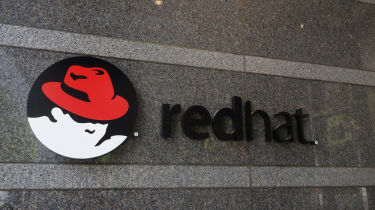 Now we're into May, the tech conference season is officially in full swing, with two major events lined up next week. While we will be covering Citrix's annual Synergy conference over the next few days, our attention this time turns to open source behemoth Red Hat, set to host press and customers alike at its San Francisco summit - expected to be its biggest yet.

Red Hat continues to be a leading force within the open source community, in defiance of attempts by the likes of Amazon, Google and Microsoft to gobble up as much of the market as possible. The company remains one of the biggest contributors to GitHub repositories, and despite having a comparatively smaller host of developers to, say, Microsoft, it's a company that's long been considered a champion of open source.

The company is in an especially strong position going into its 2018 gathering, having posted impressive results for the last quarter of 2017. Revenues were up 23% year-on-year, and a 50% increase on the number of deals valued at over $1 million will inspire confidence for the year ahead.

Red Hat will almost certainly be focusing on new customer deals next week to keep that momentum going. What's more, we're also likely to hear more on the company's plans for its brand new management platform for Kubernetes applications, built from its recent $250m acquisition of CoreOS.

I'm also expecting lots of reminiscing it's Red Hat's 25th birthday after all. I just hope the rose-tinted look over the shoulder isn't too nauseating.

Yet the company can't afford to drop its guard, as the market has no shortage of success stories. Amazon, an upstart which derives its fortunes from systematically suffocating competition within focused markets, has already turned its sights on the open source goldmine.

Red Hat CEO Jim Whitehurst recently admitted that despite a close relationship with Amazon, the market remains a balancing act that could tip in favour of rivals at any moment. Diversification will almost certainly be the theme of Red Hat's summit as a result, and, alongside predictable announcements around containerisation and its Openshift platform, we're likely to see what the company has planned for emerging technology, such as AI, 5G, IoT and blockchain.

This will be a chance for Red Hat to stand tall among some titanic rivals, and customers will looking for some reassurance that the company won't be squashed over the coming years.