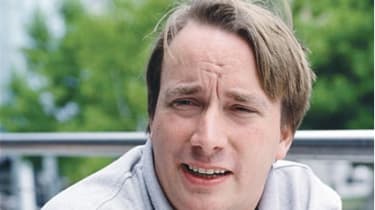 Linux creator Linus Torvalds has announced his return to the team after taking a break to reconsider how he treats people in the open-source community.

Torvalds took a break last month to think about how he could change his aggressive attitude towards the people involved in Linux's development after they complained about his behaviour.

"I need to change some of my behavior, and I want to apologize to the people that my personal behavior hurt and possibly drove away from kernel development," Torvalds said when he made the decision to leave the project in order to think about what he'd done.

In the meantime, Greg Kroah-Hartman took the reins to look after the development of the open-source computing platform, but he says he's now happy to hand the keys to the Linux kingdom back to Torvalds. But he didn't move aside without a word of warning to those that are struggling to stay calm and collected in the stressful world of open source development.

"These past few months have been a tough one for our community, as it is our community that is fighting from within itself, with prodding from others outside of it," Kroah-Hartman wrote. "So here is my plea to everyone out there. Let's take a day or two off, rest, relax with friends by sharing a meal, recharge, and then get back to work, to help continue to create a system that the world has never seen the likes of, together."

The Linux Foundation has also taken this opportunity to update its code of conduct, specifically requesting that members of the community offer constructive criticism rather than going all-out critical, as Torvalds has previously been accused of doing. Other guidelines include being be respectful of "differing viewpoints and experiences," steering clear of "sexualized language or imagery," and "public or private harassment."