AWS launches DocumentDB in a blow to open source 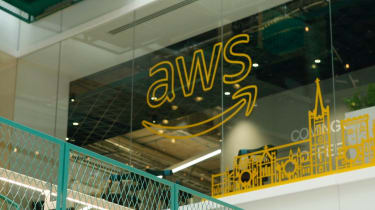 Amazon DocumentDB, touted as a fast and scalable document database designed to be compatible with existing MongoDB apps and tools, is built from the ground up but is based on the technology used by the aforementioned $44 billion open source company.

The move is seen as a kick in the teeth for open source after MongoDB recently released a set of public licensing policies for third-party commercial use. These aimed to put a stop to large vendors exploiting the firm's freely available technology.

AWS' managed database will demonstrate high-performance levels and bring newfound scalability to managed databases, AWS chief evangelist Jeff Barr announced in a blog post, with capacity climbing from a base of 10GB up to 64TB, in 10GB increments.

"To meet developers' needs, we looked at multiple different approaches to supporting MongoDB workloads," said AWS vice president for non-relational databases Shawn Bice. "We concluded that the best way to improve the customer experience was to build a new purpose-built document database from the ground up, while supporting the same MongoDB APIs that our customers currently use and like.

"This effort took more than two years of development, and we're excited to make this available to our customers today."

AWS says its latest product offers users the capacity to built "performant, highly available applications that can quickly scale to multiple terabytes and hundreds of thousands of reads and writes-per-second".

The firm added that customers have found using MongoDB inconvenient due to the complexities that came with setting up and managing MongoDB clusters at scale.

DocumentDB uses a purpose-built SSD-based storage layer, with a six-way replication across three availability zones. The storage layer is distributed and self-healing, giving it the qualities needed to run production-scale workloads, Barr added.

AWS' newly-announced service will fully support MongoDB workloads on version 3.6, with customers also able to migrate their MongoDB datasets to DocumentDB, after which they'll pay a fee for the capacity they use.

DocumentDB's six-way storage replication will also ensure data can move from one system to another upon detecting a fault within 30 seconds. Meanwhile, it'll give customers the option to encrypt their active data, snapshots, and replicas, with authentication enabled by default.

Version 3.6 of MongoDB is little under a year-and-a-half out of date, having been released in November 2017, with the latest release MongoDB 4.0.5, released in December, adding several new features and faster performance.

The two companies previously clashed in April 2017 when the AWS extended its Database Migration Service (DMS) to cover the migration of MongoDB NoSQL databases. At the time the DynamoDB only worked with AWS, where MongoDB's own service retained compatibility with a plethora of cloud providers.

"Imitation is the sincerest form of flattery, so it's not surprising that Amazon would try to capitalize on the popularity and momentum of MongoDB's document model," said MongoDB president and CEO Dev Ittycheria.

"However, developers are technically savvy enough to distinguish between the real thing and a poor imitation. We expect the real MongoDB will continue to outperform any impersonations in the market."

The firm's CTO and cofounder Eliot Horowitz, meanwhile, said AWS' move was a testament to MongoDB's popularity, with the tech giant pushed to offer "an imitation MongoDB service".

"Our entire company is focused on one thing - giving developers the best way to work with data with the freedom to run anywhere," he added. "Our commitment to that single mission will continue to differentiate the real MongoDB from any imitation products that come along."