When it comes to the future of networking, the Linux Foundation is headed for the edge 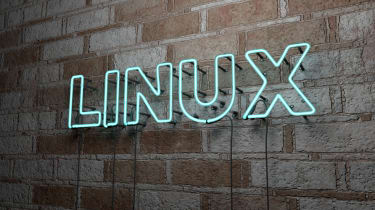 Networking enthusiasts descended onto the Belgian city of Antwerp last week to attend the Open Networking Summit 2019, where we were treated to talks from key figures in all avenues of the networking industry. While there were more sessions than I could ever have hoped to attend, I chose to get swept up in the edge computing side of things, a topic which thoroughly stole the spotlight for the three-day affair.

Arpit Joshipura, GM of networking at the Linux Foundation, kicked things off with his Monday morning keynote. He front-loaded the event with a very positive prediction for edge computing: that the industry's revenue will overtake cloud by 2025 and will go on to be four times bigger than the cloud industry ever was or will be.

Joshipura's prediction was perhaps the biggest takeaway from the entire event definitely the boldest and for good reason. Cloud has arguably been the biggest step-change in technology this century, so for something else to come along and blow it out of the water is huge deal indeed.

These weren't empty words, either. Linux Foundation's most recent umbrella organisation, LF Edge, has made phenomenal strides in its short tenure. Launched in January 2019, it's core aim is to drive the edge industry towards a more open approach and it's already added 75 members and launched seven projects to further its goal.

Speaking to me after his keynote, Joshipura said that before LF Edge was introduced there was a lack of motivation in the industry to drive networking to embrace openness.

"[Before the introduction of LF Edge] we had a lot of fragmented projects," he explained. "So, there's maybe a couple of projects and everyone was doing their own thing.

"It was trying to get to open source but the momentum wasn't there."

Since its launch, however, LF Edge has been instrumental in guiding key projects, with two new ones announced during the conference  Baetyl and Fledge which it's hoped will make it easier for developers to build scalable apps and unify vendor APIs respectively. The foundation also made strides in the VNF testing space, which aims to bring uniformity to testing procedures and decrease the time-to-revenue for new vendor ideas.

So, the motivation is now in place but what's left is the small matter of answering the question: "What is edge?" Speakers at the event all seemed to have a slightly different take on what the edge meant to them. Jason Shepherd, CTO of IoT and Edge at Dell Technologies said it all depends on who you ask bin his mind, it's about "moving compute as close as both necessary and feasible to subscribers or devices." Others said it's more broadly about the unification of telco, cloud, IoT and enterprise.

However you define it, the fact of the matter is that everyone benefits when an open source approach is taken. Speaking to me at the event, Shepherd said: "Open always drives wins in the end. In almost all new markets - IoT, edge, whatever - they almost always start with a lock-in play. Everyone's going to like trying to lock everyone in there thinking: 'I can sell your data if you let me'. But, the reality is, you must set the data free using open technologies to make all this stuff work together."

It has taken open source much longer to hit the networking industry than it has others such as software and the industry's switch to a more open approach is still in its infancy. Experts speaking at the event heralded the progress LF Edge has made with its projects and most notably the VNF standards model, but there's no doubt that greater collaboration is needed from industry players to progress this open source revolution in networking.

When industry-wide collaboration takes place, the open source life cycle benefits hugely. Take the latest VNF testing model for example, when vendors can get their new features approved quicker by operators thanks to a uniform testing procedure, the money made from them can then be re-injected into the development of more features and the cycle repeats. With every repetition of the cycle, more money is then pumped back into the industry. The cycle moves quicker when it's open so the industry needs to open up if it wants to grow.

Yes, attempts to drive vendor lock-in will always be made and it's going to take time for everyone to play ball with this open approach, but we've seen success in every industry that's embraced open source so far and networking will surely be no exception.

With the edge industry's growth expected to greatly surpass that of cloud computing in the near future, it's only natural that those involved will want to drive it further to improve the predicted revenue beyond the trillions it's expected to soon be worth. The name change of next year's event to Open Networking and Edge Summit (ONES) is emblematic of the growth of this field and in years to come we'll surely see and hear much more about innovative edge products -- all thanks to the inevitably adopted open source approach.