The importance of migration - Buy now or pay later

What is the value of migrating from an older OS to a new one? And do the benefits, time and costs outweigh the hassle? 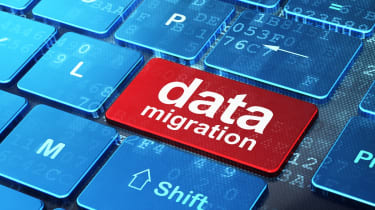 Rather than swallow the large and likely-to-increase-significantly costs of custom support, there is another way. Specialists such as AppSense offer a pain and risk-free of migrating away from Windows XP and on to the newer, more stable and functionality rich Windows 7.

"This allows organisations to channel the funds they would have spent on support into increasing the velocity and success of their migration project in addition to strategically utilsing the same technology to them optimise their new Windows 7 environment," says AppSense, which is a Gold Microsoft ISV partner well versed in the art of custom-led migration.

One of the key reasons given for not migrating (outside of cost and application compatibility) is complexity. This was backed up by a webinar hosted by analyst firm Ovum, during which more than half (54 per cent) of participants cited complexity as their primary migration barrier.

Working with a trusted third party such as AppSense can reduce this complexity and make the transition from an old and no-longer-fit-for-purpose OS to new software almost seamless. Independent analysis suggests AppSense's migrations tools can deliver a 284 per cent ROI with a five month payback.

AppSense's expertise lies in user virtualisaton when it comes to migration. This results in low-cost, low-risk implementations, cost reduction not just in terms of bloated' user profiles and legacy scripts but longer term maintenance too and much more.

The firm became a Microsoft Desktop Enablement Partner for User Personalisation Solutions in the UK at the end of the last year, further proof of its credentials.

"Becoming a User Personalisation Solution Partner for Desktop Enablement in the UK is a testament to the successful work we're doing in the area of user virtualisation. It's also an indication that the IT industry as a whole is starting to realise the importance of providing a people-centric and consistent user experience to its end users, regardless of their location, device or Operating System they are using" said Nick Lowe, vice president of sales for AppSense in Europe, the Middle East and Africa (EMEA).

"We are delighted in continuing to be working so closely with Microsoft and its customers and believe that we'll be able to help many organisations overcome the challenges they face with regards to user disruption during migration."

Take a look at the video below to get more of a feel about how AppSense puts its skills to good use to benefit businesses.