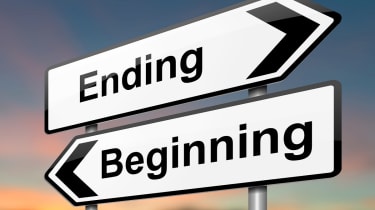 1. Businesses that want to migrate though haven't moved quickly enough

Those in this category are on the cusp of migrating or part-way through migration, having already made the decision that Windows XP has had its day and serves no real purpose for them going forward.

These firms have little choice generally for reasons of application dependency or compatibility but to stay using Windows XP. Their only choice then is to purchase a third-party end of life (EOL) support contract to help protect them from future risk.

3. Businesses that don't see what the fuss is about

This group could be accused of having their heads slightly buried in the sand and may believe that anything in Windows XP to be exploited has already been exploited. They feel the risks are over-hyped and may have been lulled into a false sense of security. It's a very risky strategy.

Hackers and malware creators alike will be specically targeting Windows XP, safe in the knowledge that any major Windows XP system issue or vulnerability that is exploited after this point in time will not be xed, even if it is a security compromise issue at the scale of Nimda or Code Red.

So, with many of us still on XP either through choice or stubbornness, is there still life in the old OS yet?

Yes and no. But largely the latter. While XP may show no real changes straight away come April 2014, the cracks will slowly begin to show. And, depending on your installed base and exposure, can quickly turn into earthquake-size holes of doom.

"Hackers and malware creators alike will be specically targeting Windows XP, safe in the knowledge that any major Windows XP system issue or vulnerability that is exploited after this point in time will not be xed, even if it is a security compromise issue at the scale of Nimda or Code Red," the AppSense whitepaper warned.

"Testament to Microsoft's efforts in security since Nimda, there has never been such a widespread incident of that magnitude. Though as security professionals know, despite all this advancement in security no platform is secure. It could just as easily occur again without proper processes and technology to patch and secure the platform. Therein lies the challenge. Without patches being released, can the platform still remain secure just relying on anti-malware/anti-virus?"

The security element is one thing, but it isn't the only issue at bay. Against the backdrop of recession and constrained budgets, many firms have not been able to update their hardware (you can run XP with specs as basis as a 233MHz processor and with 64MB of RAM and 1.5GB of disk space), meaning they simply couldn't support a newer OS without a significant investment in infrastructure.

Functionality or lack of it is also a concern.

"Most new PCs have features that were nonexistent, or immature, when service pack enhancements for Windows XP were discontinued. Today's PCs include features such as integrated Wi-Fi and Bluetooth, faster USB ports, and high-resolution monitors and touch screen capabilities," analyst firm IDC said in a Microsoft-commissioned whitepaper entitled Mitigating Risk: Why Sticking with Windows XP is a Bad Idea' back in April 2012.

"Many of these capabilities are either poorly supported or not supported by Windows XP Professional. Further, today, most PCs ship with a minimum of 4GB of memory, which a typical 32-bit Windows XP operating system is unable to address. A 64-bit install of Windows 7 allows full exploitation of that memory."