Ernst & Young IT security expert urges firms to consider BYOD as a way off Windows XP. 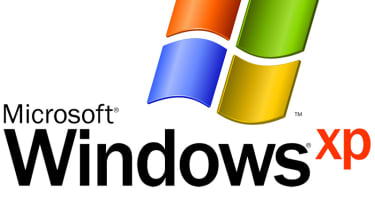 Businesses stuck using Windows XP beyond the 8 April end-of-support deadline should consider going down the BYOD route for IT security purposes.

That's according to Mark Brown, director of information security at advisory firm Ernst & Young, who claims a Bring Your Own Device approach to Windows XP upgrades would allow end users to leave the aged operating system behind faster.

"BYOD potentially offers a fast track to upgrading outdated systems as employees, who tend to be using new operating systems at home, can thus increase the levels of protection provided to a business IT system," said Brown.

"However, this will bring new challenges and risk as it moves away from safer, traditional enterprise IT platforms," he conceded.

Microsoft has been urging enterprise users for several years to prepare themselves for the fact Windows XP will be exiting extended support on 8 April 2014.

This means XP users will no longer benefit from security or software updates for their systems, which could potentially leave them at the mercy of hackers, viruses and performance issues.

"Hackers will use this as an opportunity to take advantage of those organisations that have not got their house in order'," warned Brown.

"Far too many businesses are asleep at the wheel over this issue and this could mean valuable consumer data could be at risk."

According to the latest figures from NetMarketShare, Windows XP is still found on just under 30 per cent of the world's desktop devices.

As a result, Brown called on the Government to do more to encourage businesses to take the prospect of XP being out of support more seriously.

"Given the scale and significance of the threat, we want to see UK government doing more to tackle this problem and raise awareness amongst business leaders of the risk imperative of cyber security," said Brown.

"With only a month to go we now really need to see urgent action being placed onto establishing the business case to upgrade to newer operating systems such as Windows 7 or 8."