Staying secure upon the death of Windows XP

Extended support for XP will soon be no more. Tom Brewster asks if your business is ready for the deadline? 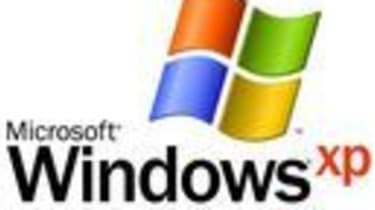 For those who can't leave XP

Some simply won't be able to move away from XP, or will decide it is not worth the effort, where business critical applications cannot be moved over to a different operating system without serious disruption or cost. Some executives may simply dislike later versions of Windows.

Windows XP has reached the end of the line, we need to spend our effort moving forward, not propping up the technology of the past.

There are solutions available for these folks. Certain versions of XP will remain supported. "Unless businesses have specific need of Windows 7 or 8 functions, we advise them to look into moving to an embedded version of XP like WES2009 instead. It's built on a Windows XP kernel, has all the XP features, but offers much longer support availability (10 to 15 years in some instances) and is cheaper per licence too," says Nick Donaldson, software director in EMEA at Avnet Embedded, an IT services company.

Microsoft is believed to be working with other IT services companies to provide extended XP support. These deals will see the service provider pay for Microsoft's extended support fees and charge for their own services on top of that. This is likely to be costly, however. "Their model also tends to be about protracted, bespoke consultancy - and so whichever way you look at it it's going to hit businesses hard in the pocket," adds Donaldson. "It's worth bearing in mind that Microsoft's charging increases every year after support finishes, so it's extremely expensive and grows more so each year."

The wider IT community is still recommending everyone migrate rather than take such options. "Windows XP has reached the end of the line, we need to spend our effort moving forward, not propping up the technology of the past," adds Spitler. "Organisations would be better off spending their money working on migration and implementing mitigating controls for the legacy systems opposed to purchasing and implementing alternative support providers.  This is the nature of technology, it is introduced, it matures and it is deprecated."