Meet the new Met: will new tech make it the world's most transparent police force? 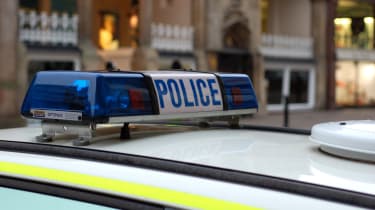 The Metropolitan police has deployed more than 1,000 Windows 8.1 devices, but still has no official deadline to move off Microsoft's out-of-support operating system, XP.

London's central police force is still running XP on 35,000 computers despite support expiring in April 2014, according to a Freedom of Information request from Motherboard last month.

As a result, it's had to purchase custom support from Redmond to keep the software patched against security bugs, but with analysts estimating the cost of doing so at $200 per PC, the organisation is keen to upgrade as soon as possible.

The Met's interim CTO, Stephen Deakin, admitted he didn't know when the organisation would dump XP entirely, but said he is currently migrating the body's mission-critical applications onto 8.1.

"The Windows 8.1 deployment is happening now," he said. "We've got over 1,000 deployed, we're still getting some of our core apps upgraded to 8.1, which is quite challenging but we're getting there."

Before it can leave XP behind, the organisation must wait for the budget and strategy to be set for its new SIAM (service integration and management) tower outsourcing model, in which it would buy in services from suppliers to support its technology.

Deakin said: "We'd like to get rid of it as quickly as possible. We can't do too much before the SIAM budget comes in, but part of the SIAM mission is they've got to upgrade the infrastructure available for us."

When the migration is complete, however, it would position the Met to more quickly adopt new technology - namely Windows 10.

"Once we're on 8.1, the great thing is we can do an in-place upgrade to Windows 10 because it's not a new kernel," Deakin said. "We can start using Windows 10 tablets, if we so choose. It's a huge amount of effort to leapfrog the Met from Windows XP to Windows 10.

"With 10 we can run stuff on tablets, Surface hubs, or all sorts of things. But it's taken two years' worth of planning and execution to get there."

Speaking of tablets, the Met is currently running a pilot of 850 4G-connected iPad minis, which Deakin claims have transformed frontline policing.

The trial has seen police collect more than 10,000 victim and witness statements on the devices, and only two tablets have broken.Now officers can submit those statements from the crime scene, compile crime reports including photographs - and give victims their crime reference number immediately.

Deakin said: "It's revolutionary to go from paper and pen to actually being able to provide victim care and operation intelligence on the street.What the victim wants is tea, sympathy and that crime reference number because they want to get onto their insurance company."

Despite the trial's success, Deakin is yet to pick Apple as its partner."We chose the iPad originally because it met our security requirements and because of the form factor," he said, hinting officers may have a say in the device they eventually use."We're now taking a pause to work out how can we make things better. The success has been [because] we've worked with officers who've worked out the best system."

In fact, the deployment of 30,000 devices could see a mix of platforms, with the Met debating whether to have one ecosystem or a blend of a few including Windows and Android.

Tablets are just part of Deakin's agenda to modernise the Met, however.The organisation has just completed a pilot of 1,000 body cameras in a bid to improve transparency after the controversial shooting of Mark Duggan in 2011, which sparked rioting across the UK.

While the trial raises issues regarding privacy, Deakin said the technology has benefits "for both sides".

"The vision is to be the world's most transparent police force," he said. "The officers prove their professional conduct, there's less disputes, there's improved interaction.You just have to tap the cameras to remind everybody you're being monitored here. In the same way you're monitored in an interview suite as well."

He added that it's already helped police fend off accusations of wrongdoing from the public but that monitoring goes both ways.

Deakin acknowledged as much in light of the public storm created by the police's facial recognition database, which holds 18 million mugshots, many of whom are innocent.

The police insist it complies with the Data Protection Act, but officers have stopped uploading images to the database following a High Court ruling in 2012 to force the Met to delete two people's pictures from it.

"That's where the public consultation comes in, understanding not just the law but also what's acceptable," said Deakin."That's something we need to work with the public at large in terms of their acceptance."

With the Met now ready to procure between 20,000 and 30,000 body cameras, Deakin said the best place for the data is likely to be a private cloud.

"There would need to be lots of access control, and audit is absolutely key - making sure all the access is audited, all the uses are audited, what we're using it for," he said.

A benefit of the private cloud would be less need to encrypt the data as would be likely in the public cloud, he added."Encrypted data in the cloud is not useful. You can't scan it, it's a pain. If we went public cloud we'd probably go for Skyscape or somebody like that because we wouldn't need encryption [Skyscape is certified to store IL3-level data], but of course on-premise we don't need encryption anyway."

The modernisation process started after Deakin's appointment in 2013, when a London Assembly committee deemed the Met's technology as "out-of-date, ineffective and overly expensive".

The interim CTO's job was to overhaul its IT, and he's starting by scrapping hundreds of systems to cut the Met's infratsurtcure from 520 systems to around 200.

Much of the sprawling IT estate is to blame on departments buying IT to solve a single specific problem, resulting in a piecemeal procurement process leaving them with numerous similar systems, he said.

To tackle this, Deakin is hunting out shadow IT deployments."I have a team looking at all the shadow IT systems, whether they be under poeple's desks, in storage cupboards or in comms rooms - we're doing a big audit," he said.

And Deakin's replacing this withan 'Enterprise Bus', which will put a focus on applications which can be outsourced and which can be easily integrated into the Met's IT."All the systems will lead into the bus," he said. "We can build applications that plug and play like Lego."

He added: "We buy stuff off the shelf and the vendor says we have to use their database their app server, and it only works on Windows 6. It's really crazy.Instead, we want to buy a component, say a mapping service, that we can share with my management control system, share with my techies' system and stick in front of the cars as well."