OS X 10.11 El Capitan release date and features: Is it worth upgrading?

El Capitan is the next version of Apple's Mac OS X 10.11operating system.

The new OS is all about experience' and performance,'Craig Federighi, Apple's senior vice president of software engineering, told delegates at the company's WWDC 2015 opening keynote on 8 June.

OS X 10.11.6, like most of the previous updates to Apple's current OS, appears to be a minor revision, centred on bug fixes and security improvements that many not be visible on the surface.

The first testing round for this version of El Capitan was released on 23 May.

New headline features are expected to be revealed for OS X 10.12 at next week's WWDC press conference. Apple is rumoured to be considering a name change for OS X to macOS to bring it in line with its newer iOS, watchOS and tvOS product names.

Alongside this Mac update, the company has also released tvOS 9.2.2 beta 2 for Apple TV.

17/05/2016: Apple has released its latest update for OS X El Capitan, which includes a number of fixes for system software, and alongside this a fresh look for iTunes in a separate update.

This release, the fifth since El Capitan's release last September, is likely to be one of the last updates before the arrival of OS X 10.12.

Released alongside this new OS X update is iTunes 12.4. Released seven months after the last iTunes update, 12.4 includes a redesigned interface that's intended to be simpler to navigate and reintroduces the much-called-for sidebar.

This latest iTunes update may also include safeguards to protect users from the alleged bug that has caused some users of iTunes and Apple Music is lose their entire music libraries.

More information on this OS X and iTunes update can be found on Apple's support page.

The Mac operating system update, which brings a host of new features to the software, has been in public beta since July.

Users can now experience the full release although waiting for the first wave of bug fixes is often recommended when dealing with new OS updates. 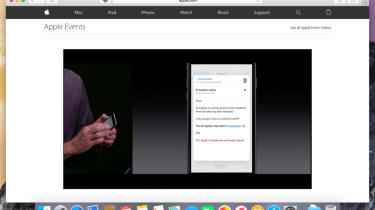 Apple is introducing several modest user interface improvements that should improve the experience' of using a Mac, including improved windows management. Two full-screen apps can be used simultaneously using a feature called Split View, which is highly reminiscent of Windows Snap in Windows 8. 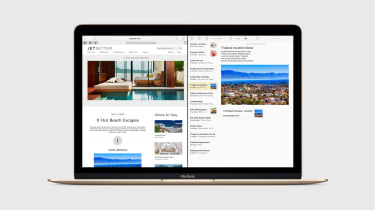 Split View lets you position two apps side-by-side so you can use both apps without the distraction of minimising or having to toggle controls.

Even when using a single app full-screen, such as Apple's default Mail app, multitasking has been improved with the ability to have tabbed windows within the full-screen app. The Mission Control feature for managing windows has also been improved with new gestures for switching apps into Split Screen or Full Screen simply by dragging and dropping.

There are plenty of improvements in El Capitan's built-in apps too. Catching up with Chrome, Safari now has the ability to pin tabs as well as mute audio on a tab-by-tab basis. Spotlight now has natural language capabilities which also extend to apps that use Spotlight for their own search features. So you should be able to search for documents in the Finder by typing documents I worked on last June.' Apple's Mail program now has the same gestures as its iOS counterpart for quickly deleting and archiving messages. 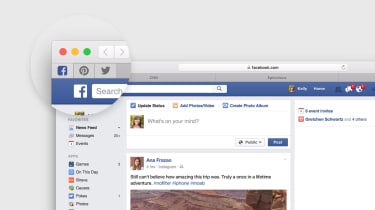 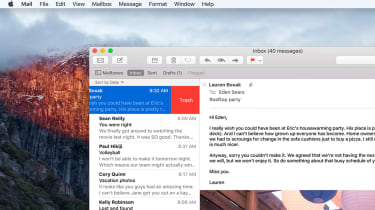 Much like the 10.6 Snow Leopard release of yesteryear, performance has apparently been improved in 10.11 El Capitan. Federighi claims app launching is now 1.4x faster, app switching is 2x snappier' and PDFs are opened 4x faster in Apple's Preview app.

The new OS also supports the Metal graphics API that first debuted in iOS 8 and is apparently superior to both the OpenCL and OpenGl APIs favoured in previous OS X versions. Using Metal, Adobe was apparently able to make rendering 8x faster in After Effects.

Adobe executive David Wadhwani claimed his company is committed to adopting Metal on our OS X apps. With performance increases up to 8x, we are excited about what Metal can do for our Creative Cloud users.' 3D graphics should also benefit from Metal with the Epic Unreal engine allegedly benefitting from 50 per cent faster performance.