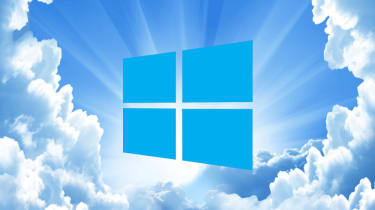 Microsoft chief Satya Nadella wrote to employees last month to reiterate the company's strategy, focused on being mobile-first and cloud-first.

He plans to "build the best instantiation of this vision through our Windows device platform and our devices", using Windows 10 to underpin this by establishing the operating system across devices.

Vivobarefoot's Peat says: "One of the things that stand out for me is the actual scope of what Microsoft are trying to achieve with Windows 10. An OS which works on so many different platforms has never really been tried before.

"Sure, Google and Apple have had dabbles, but nothing to this extent. Nothing so complete. The result should be a platform that can be used on a lot of different devices, giving Microsoft a much-needed boost in the mobile market."

Some organisations are getting on board with Microsoft's approach, taking advantage of enterprise-wide agreements with the company to roll out Windows Phones and even Surfaces across departments.

And Peat believes such rollouts will benefit from having one single operating system across devices, with users familiar and comfortable with the OS whether they use it on tablet, phone or PC.

"From an enterprise point of view, it will be great for all Windows machines to be able to use the same OS," he says, adding: "We currently have a mix of Windows 7 and 8. With a free upgrade plus being compatible with existing software then this should be a relatively easy process."

However, Nadella has also announced job cuts of 7,800, mainly affecting Microsoft's smartphone hardware division, acquired from Nokia in 2014, and he also wrote down 4.9 billion related to the acquisition, which only cost 4.6 billion.

This is a frank admission from Microsoft that its smartphone strategy is failing, despite success with its Surface tablet range.

"It has managed to make its Windows system a single basic core that scales from embedded systems, through phones and tablets to desktops and servers," he says. "This means that applications can be run across a greater selection of devices, enabling businesses to rationalise and better control their whole IT platform."

How will it fit into the wider ecosystem?

Two decades ago, Microsoft enjoyed a near-unassailable monopoly over the world's computing market, but that's not the case anymore.

Through the rise of rival tech companies like Apple and Google, and a trend of bringing personal devices to work, not everyone is a Windows user these days, and Redmond has had to get used to that fact.

MSMD Advisors' Davis tells IT Pro: "Every CIO/CTO would like to have a homogenous IT estate, with mandated physical and software platforms. The reality is that every merger and acquisition and latterly BYOD means that is a nirvana that will never be reached."

Now Microsoft's no longer the only option for IT departments, its products must work with those of competitors if it wants to remain a player in enterprise IT.

Nadella's reign has signalled the start of this ongoing adjustment, beginning with building versions of Office for Apple's iPad and Office for Android phones, launched last month.

But the process is far from complete, and a question hangs over how well Windows 10-related products will work with other companies' software.

University of Dundee's CIO, Saunders, says it is vital that his IT infrastructure is compatible with all the different devices used by the thousands of students who attend the university.

However, whatever Nadella says to the contrary, Microsoft still doesn't meet Dundee's needs in this regard.

"I really like Microsoft, honestly, but they frustrate the hell out of me," Saunders says. "OneDrive for Business is a great example. OneDrive consumer version is great. It works well, it's easy to use, easy to understand.

"OneDrive for Business, on the other hand, shares not much more than the first part of its name. It works okay if you work in an all Microsoft environment but I don't believe that any of us actually do."

His students, staff and partners use a mix of Android and Apple devices, or BlackBerry and Linux, and OneDrive for Business just doesn't work as a useful sharing tool.

Instead, Saunders plumped for Box's file-sharing product, allowing both staff and students to use it to share documents whether using campus PCs or their own personal devices.

Saunders adds: "We need solutions that enable us to work together and that work every time."

If Windows 10 products only work well with other Microsoft kit and a handful of other products, you may wish to consider what operating systems are running in your enterprise at any one time.

"I would recommend that CIOs/CTOs specify (and review on a three-yearly basis) which OSes they want to be used across the organisation," says MSMD Advisors analyst Davis.

But he adds the caveat that, if a handful of operating systems are enough in your enterprise, the question becomes whether other collaboration services offer much more than what you can achieve with a Microsoft deployment of Windows 10 (and Office software) over a variety of devices.

"As a collaborative tool, Huddle really set the benchmark for the workgroup level, as Box has for the enterprise," Davis admits. "Either should be considered when selecting collaborative solutions, but the question becomes do they offer so much more than we are getting included as part of Windows 10 that it is worth paying more for?'"